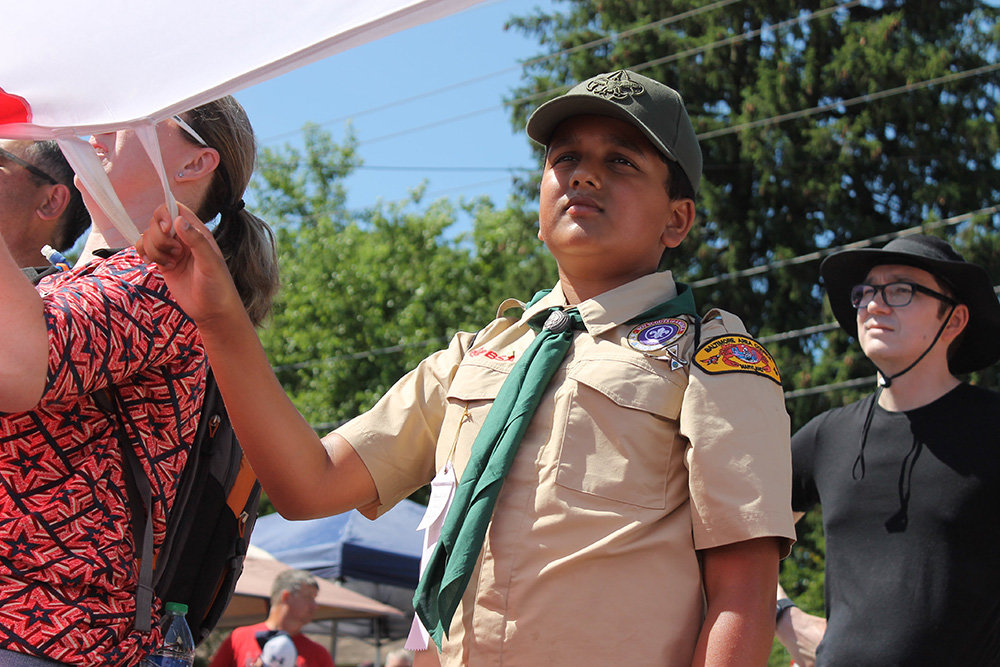 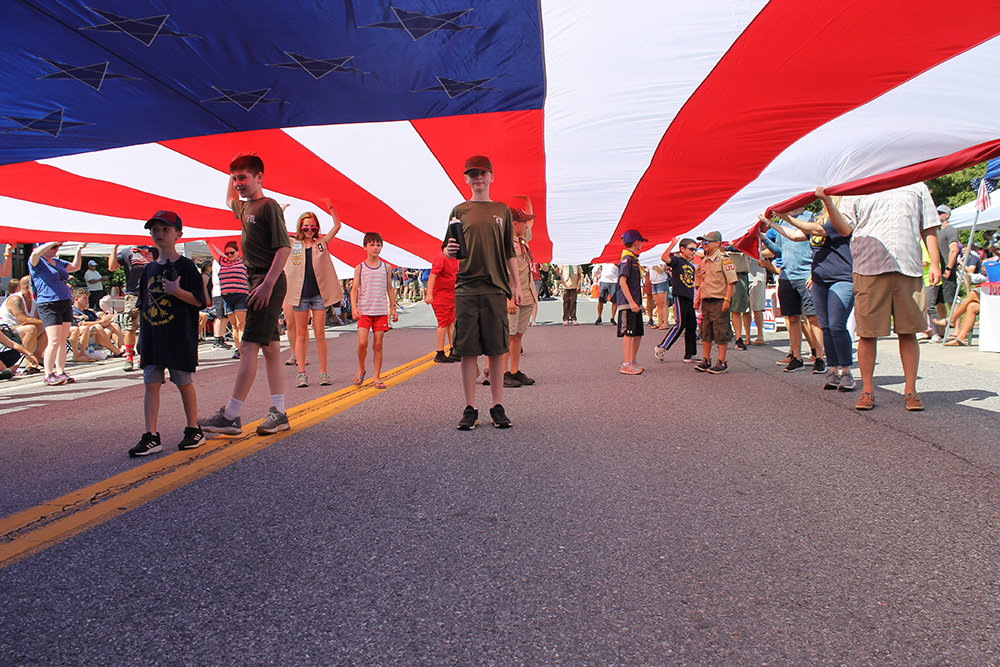 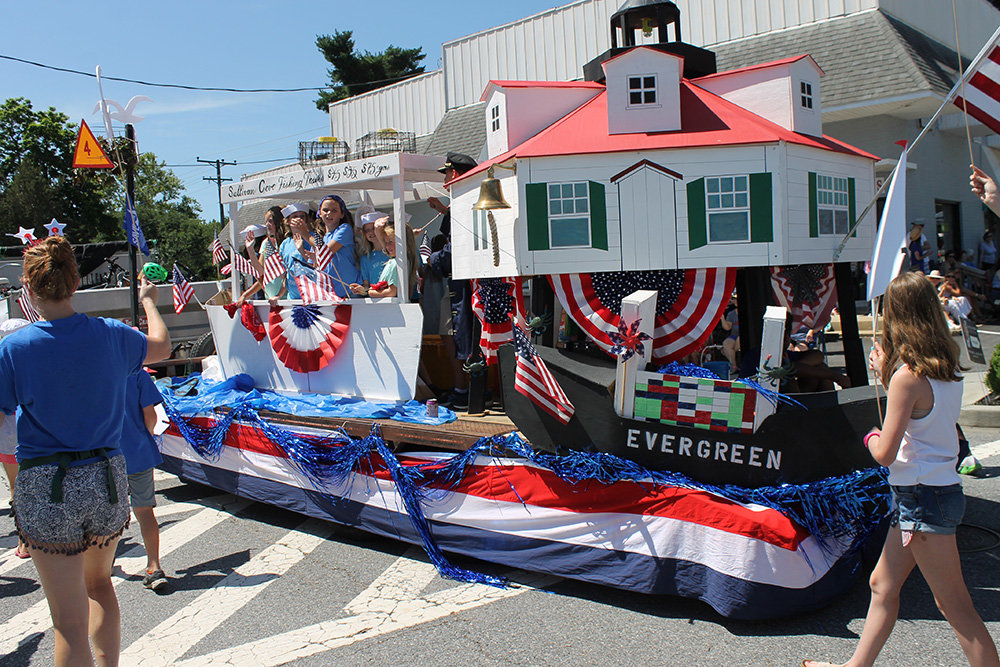 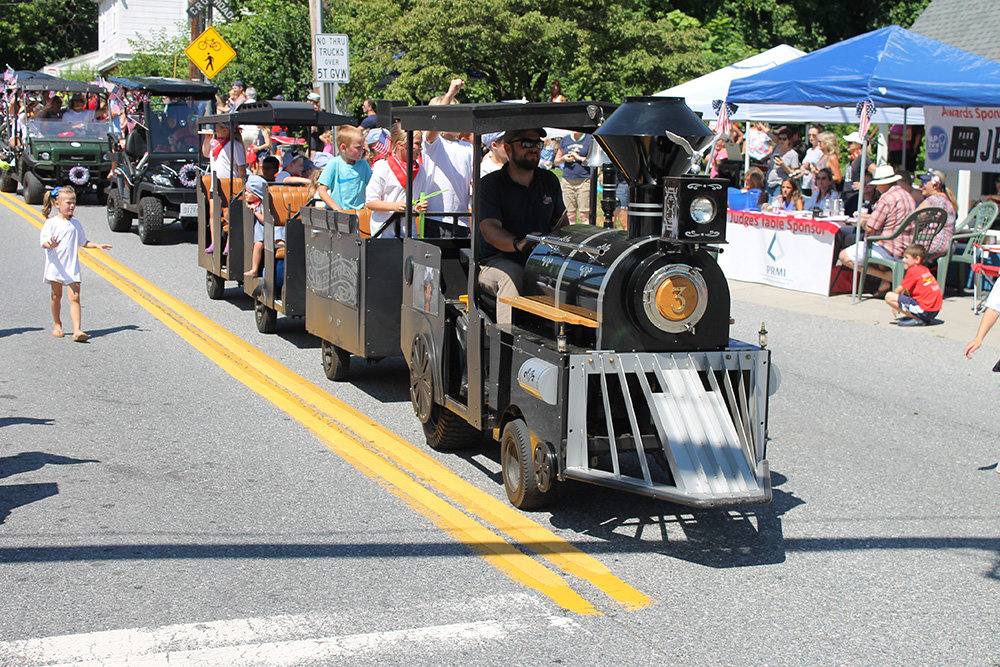 With increased community involvement this year and temperatures around 80 degrees, the Severna Park Fourth of July parade was enjoyable for families whether they were sprawled across blankets, standing in the shade or relaxing in lawn chairs.

The Greater Severna Park and Arnold Chamber of Commerce was able to get roughly 110 floats to participate this year — up from 99 last year — and many of those took the theme “Celebrating Our Rich History” to heart, including Olde Severna Park Improvement Association (named Best Overall entry and Best Community entry) and Linstead (Best Theme).

“The motorized railroad was very cool and spoke to our history,” said one of the parade judges, Dianna Lancione, when asked about Linstead. “Round Bay kind of followed that theme with their own take on the railroad and then Olde Severna Park’s construction of the lighthouse was awesome. They did a nice job.”

All of the judges agreed that the addition of more community and small-business floats was a welcome sight.

A big crowd lined the parade route starting at Benfield Road and ending at Cypress Creek Road. On Evergreen Road, the Murphy family continued a family tradition that started with the parade in 1975.

Dr. Robert Murphy has lived in Severna Park for his whole life, 68 years, and has enjoyed watching the parade with his wife, Nancy, and extended family including Katie Murphy, Maggie Murphy, Patrick Murphy and their many nieces, nephews, husbands and wives.

“The parade has gotten bigger, louder and better,” Robert said.

His daughter Jennifer Murphy quipped, “We have not missed one yet,” as she stood alongside husband Doug Silber. “It’s great to see old neighbors come out, getting together with the whole family and seeing people in the parade.”

Also along the route was Maggy Cullman, who distributed bookmarks on behalf of the American Association of University Women (AAUW). Cullman said she has attended the parade for about 20 years and the AAUW has been involved almost every year since the parade started.

“Every year, we collect used books and take them off your hands — thank you very much,” she said. “Around the first weekend of November, we have a big book sale in our donated space, and we sell books cheaply. I encourage people, especially young children, to come because they can buy books for $1. And money goes to scholarships for women.”

For some people, like Cullman, the event was a chance to spread a positive message about nonprofit work in the community. For others, it was about cherishing a special opportunity.

Ed Bannat, who grew up in New Jersey and has been attending the Fourth of July parade for 21 years, said there is nothing like the event in his Garden State hometown.

“Somebody said, ‘Come down here and all you’re going to see, this parade is Americana,’” Bannat recalled. “And to me, it is. This is old-time, like going up to one of those old towns in Pennsylvania like Gettysburg, Hanover or Lancaster.”