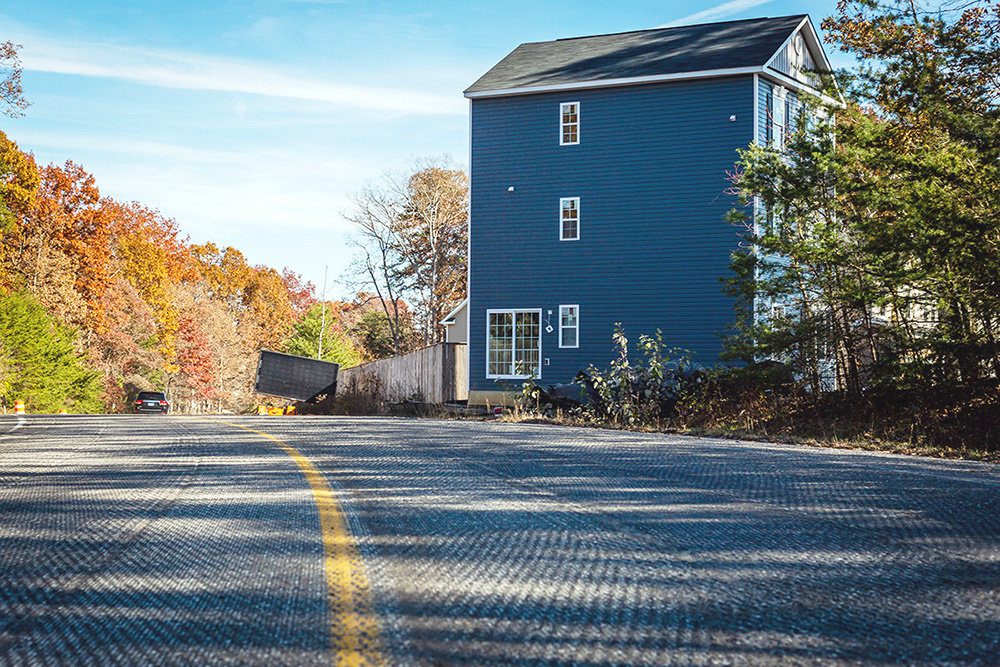 The blue house at 132 Overlea Drive has become a punchline for many Severna Park residents due to its placement by the road. Sitting 1 foot from the right-of-way boundary, the house is located within a drainage easement for a ditch along Earleigh Heights Connector.

A stop work order was placed on the house in 2019.

During the Anne Arundel County Council meeting on June 21, the council voted to approve Resolution 11-22 classifying the property as surplus. The council can now take a second action to fix the house.

“The builder will be required, as part of any deal we strike before the county would surplus this land, to remove a portion of the house that comes right up to that right of way so that they’re in compliance with all the other setback requirements,” said Pete Baron, director of government relations for County Executive Steuart Pittman.

The county administration wants to fix the setback problem, but there is also a title issue, Baron said.

Posing a question that many Severna Park residents have also pondered, Councilwoman Amanda Fiedler asked, “How was this only identified at this point in time and not prior?”

Representing the Anne Arundel County Office of Law, Christine Neiderer said that when the county started working with the builder to solve the right-of-way encroachment issue, the county learned it might have rights to the property.

“It wasn’t a property necessarily that the county has had an interest in or a need for, obviously … so it was never brought to our attention until this issue with the encroachment happened, so we are trying to work with the builder to resolve the title issue … separate from resolving the encroachment except that we are not going forward with disposing of the property until that issue is resolved,” she said.

With the council voting unanimously to approve Resolution 11-22, Pittman’s administration can now work with the builder to fix the house.