“No Time To Die” Is A Stellar Farewell 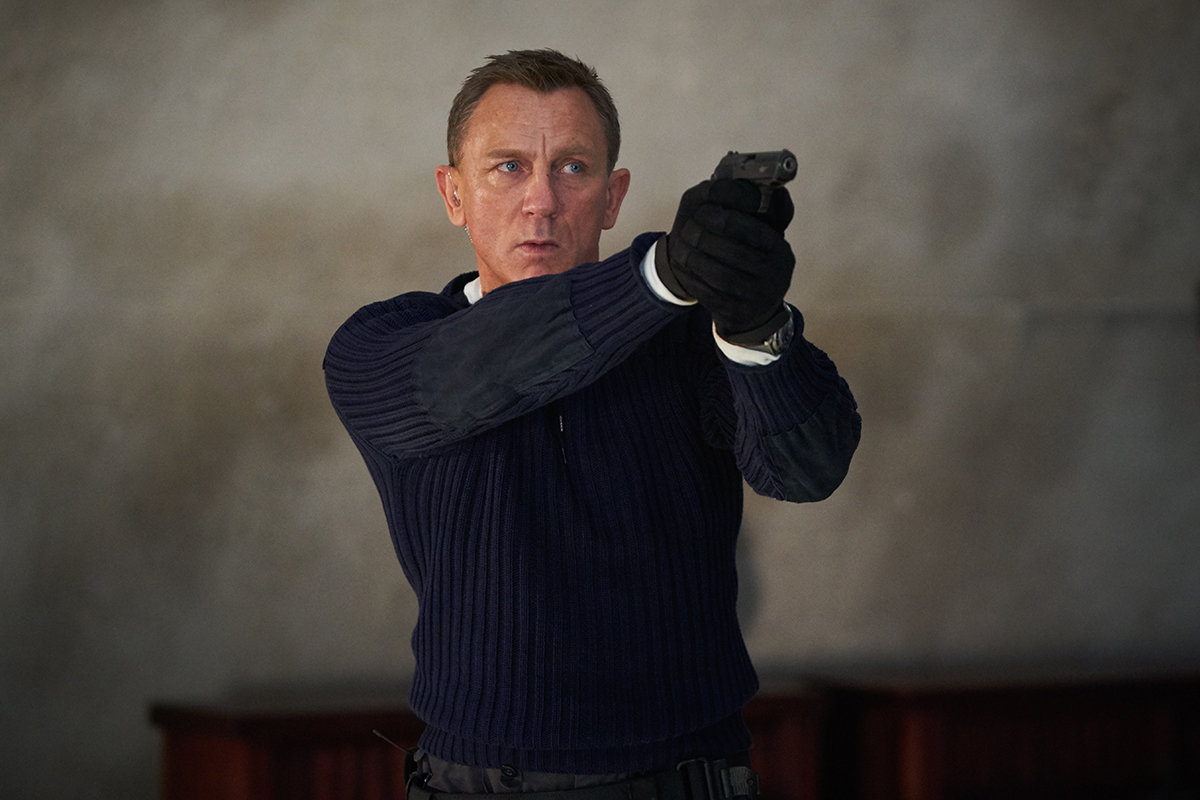 Daniel Craig reprised his role as James Bond in the latest 007 film, “No Time To Die.”
Photos courtesy of Metro-Goldwyn-Mayer Studios Inc. 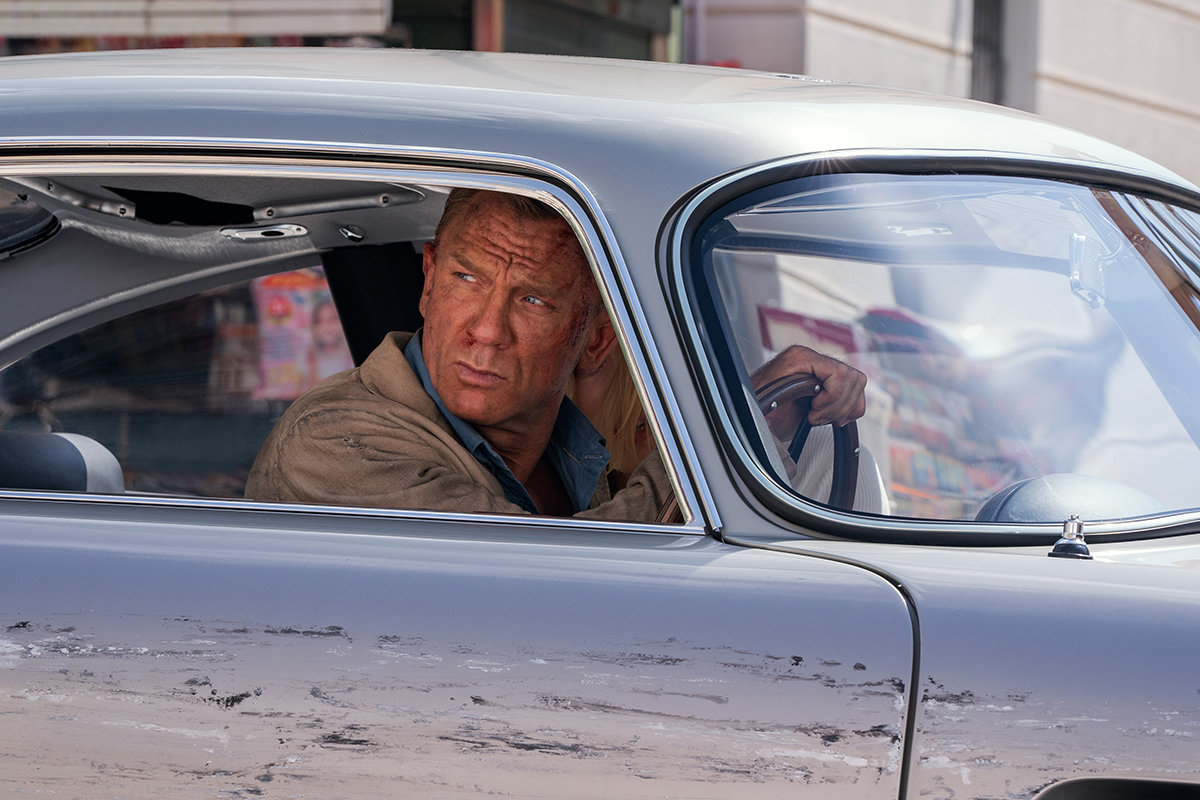 Daniel Craig reprised his role as James Bond in the latest 007 film, “No Time To Die.”
Photos courtesy of Metro-Goldwyn-Mayer Studios Inc.
Previous Next
Posted Wednesday, October 6, 2021 10:21 am
By Audrey Ruppert

Until now, I had always believed 2012’s “Skyfall” should have been the last of the Daniel Craig/James Bond films, as there was narrative room to end his story there, and “Spectre” was an unnecessary and muddled mess. I have changed my mind: there could not have been a more poignant, respectful and fitting end to Craig’s rendition of Bond than “No Time to Die.”

The film opens with Bond spending time with Madeline Swann in a romantic Italian town - it seems he has left his philandering behind and is ready to finally retire and settle down with Swann. Inevitably this peace is disturbed, and Bond is forced to return to work for one final mission.

Somehow, despite a whopping two-hour-and-43-minute runtime, the film never drags and holds your attention. It pays respect and makes nods to the films that came before, without being a self-congratulatory nostalgia fest. There are island views and a mad scientist/terrorist with vague plans of world destruction, reminiscent of the very first Bond film, “Dr. No.” There are the standard gadgets, the souped-up Aston Martin, the animated opening sequence set to haunting music (Billie Eilish sings a sad, languishing tune that pairs beautifully with Sam Smith’s “Writing on the Wall”). There’s the incredulous, hurried plot with a thousand moving pieces, though thankfully it was remotely followable this time - a welcome contrast to “Spectre.” However, it was the new and surprising moves from director Cary Fukunaga that will make “No Time to Die” so memorable.

We are presented with a raw and vulnerable Bond we have never seen before. Craig’s rendition of Bond has always been, in my opinion, the most realistic one - a damaged man who has experienced serious trauma and the loss of those most important to him, a man who has stoically buried his pain, a man who has “spent a lifetime running.” I imagine that only a person with few personal attachments and little left to lose would take on the dangerous and demanding job of being an MI6 agent. Finally, Bond is forced to reconcile with his past, for good - we first saw hints of this in “Skyfall,” but for the first time, we see Bond having to come to terms with who he is and who he loves, finally resolving unspoken betrayals that trace all the way back to “Casino Royale,” the first of the Craig Bond films.

I never expected a Bond film to make me emotional, but this one did. If you have any kind of trauma informed background, the fever-dream-like opening sequence will likely resonate with you. Swann and Bond’s pairing is so convincing because both have seemingly been trying to find safety and security all this time, a place to rest and forget their pasts, but both never quite seem to manage it. Much like Daniel Craig, Bond is quite sick of the job and keeps trying to retire, yet something always drags him back - probably the fact that he is very good at what he does.

The ending is bold, and nothing like it has ever been done before in the franchise - I will leave it at that.

The film also managed to sneak in much of the disputed “PC” additions without fanfare and without forcing anything down your throat. There have been rumors that the next 007 will be a Black woman, and this has been met with much consternation in Britain (my barista went on a rant that “James Bond is a bloke, is a bloke, is a bloke!”). Without giving anything away, “No Time to Die” laid down sufficient narrative runway for there to be a female 007 in a way that is entirely believable, and I am excited to see whether the franchise chooses to build on that groundwork. Craig had also done press conferences where he discussed Bond in the “Me Too” era - and I found myself questioning how this was going to work. For better or for worse, Bond girls are an integral part of Bond lore, and I wasn’t sure how to exactly remove the underlying sexism without completely altering the character. Somehow, “No Time to Die” snuck in a Bond girl without the misogyny and I didn’t even notice. It only occurred to me after I left the theater.

In this way, the film manages to modernize Bond in such a subtle and artful way that the audience hardly even realizes it is happening. The core of Bond’s character remains, but the tone has shifted - even the black and white, good vs. evil, British vs. the bad guy strand has become more modern. M laments in one monologue that it’s hard to even tell who the enemy is anymore - everything has become so amorphous.

“No Time to Die” manages to be hokey, funny, nostalgic, groundbreaking, and deeply moving all at the same time, and is a fitting tribute and end to the era of Daniel Craig. I am excited to see where the franchise goes next.

Holiday Events Worth the Drive

Blind Student To Perform During Free Recital At AACC