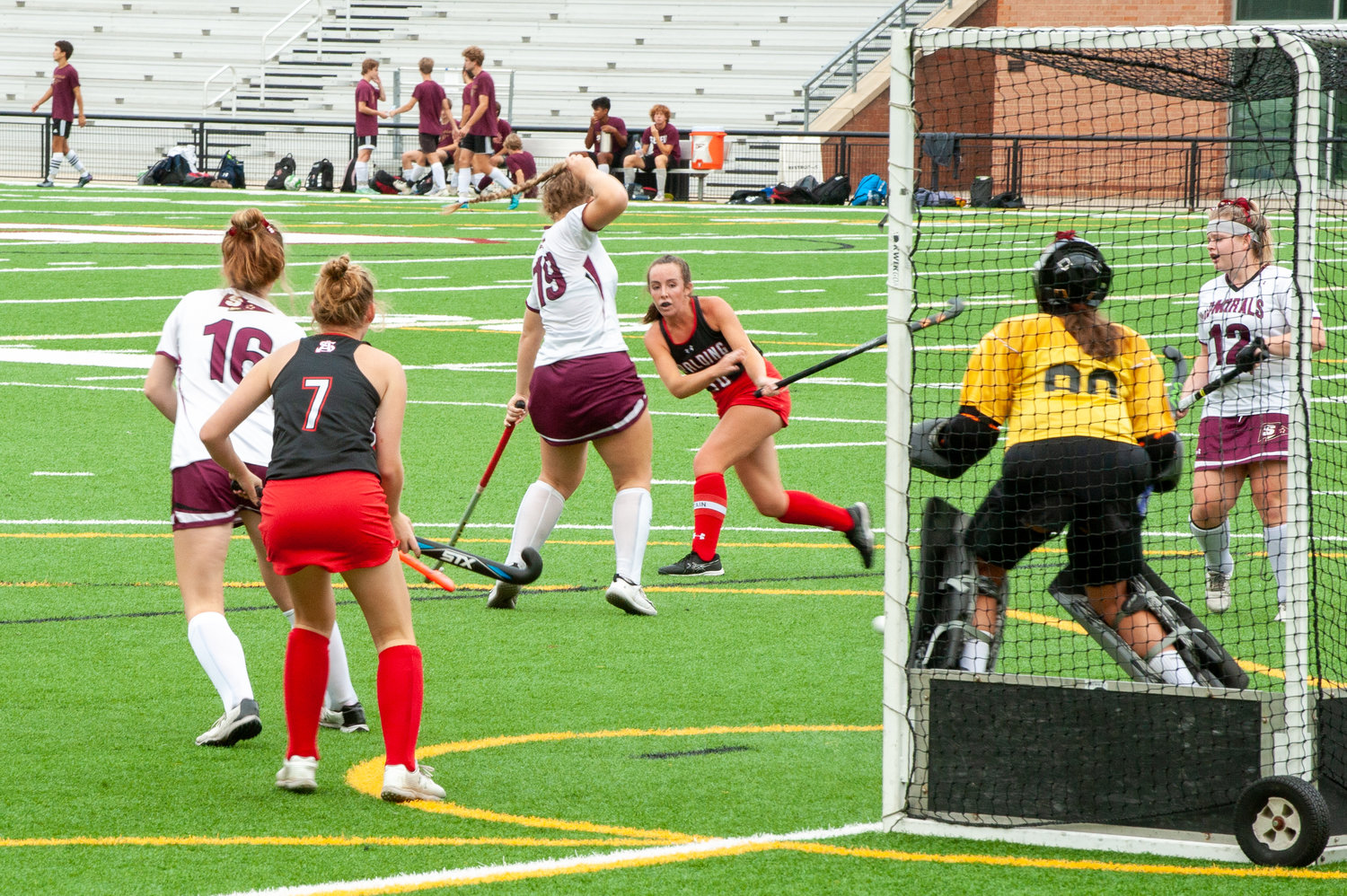 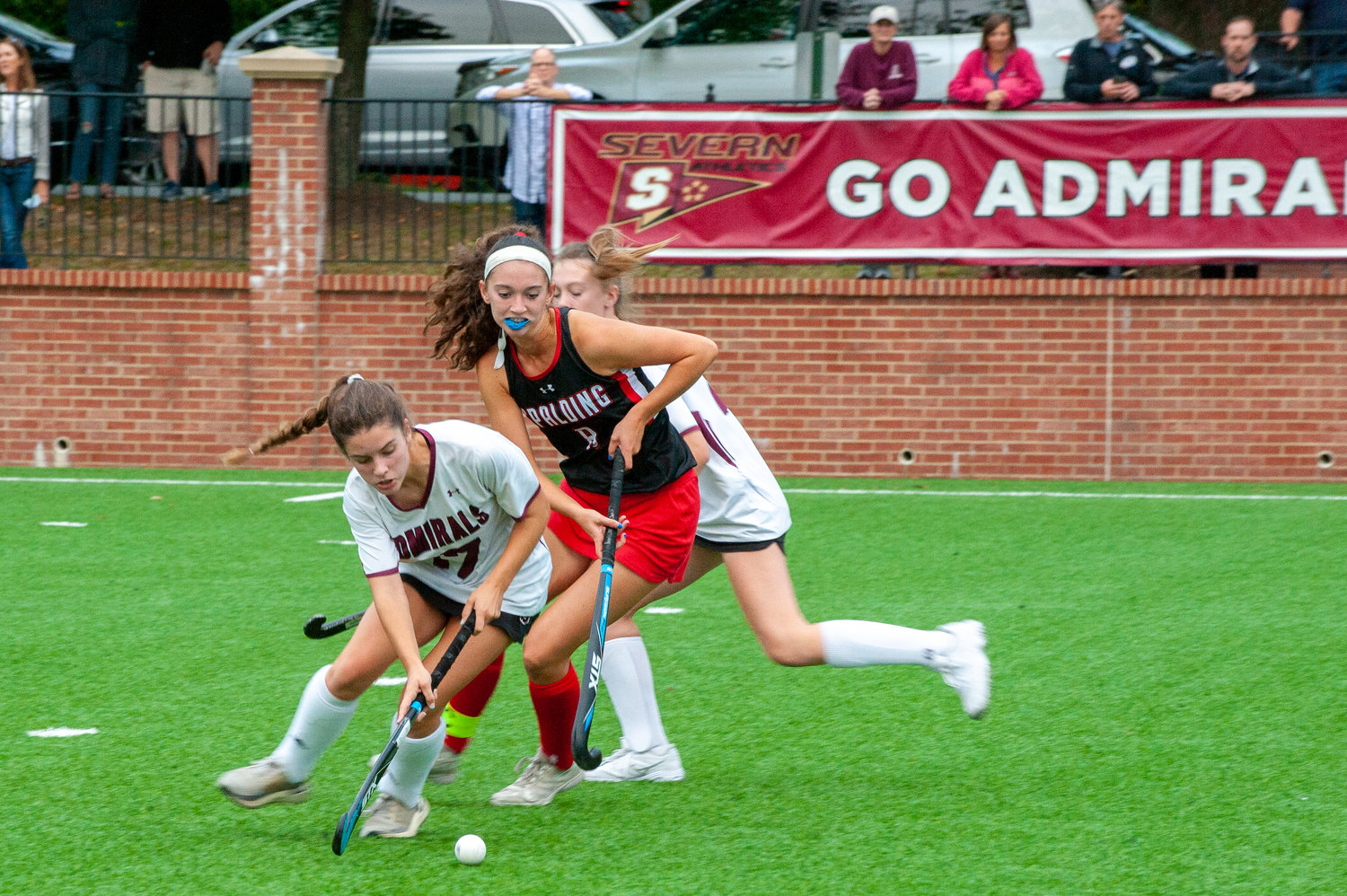 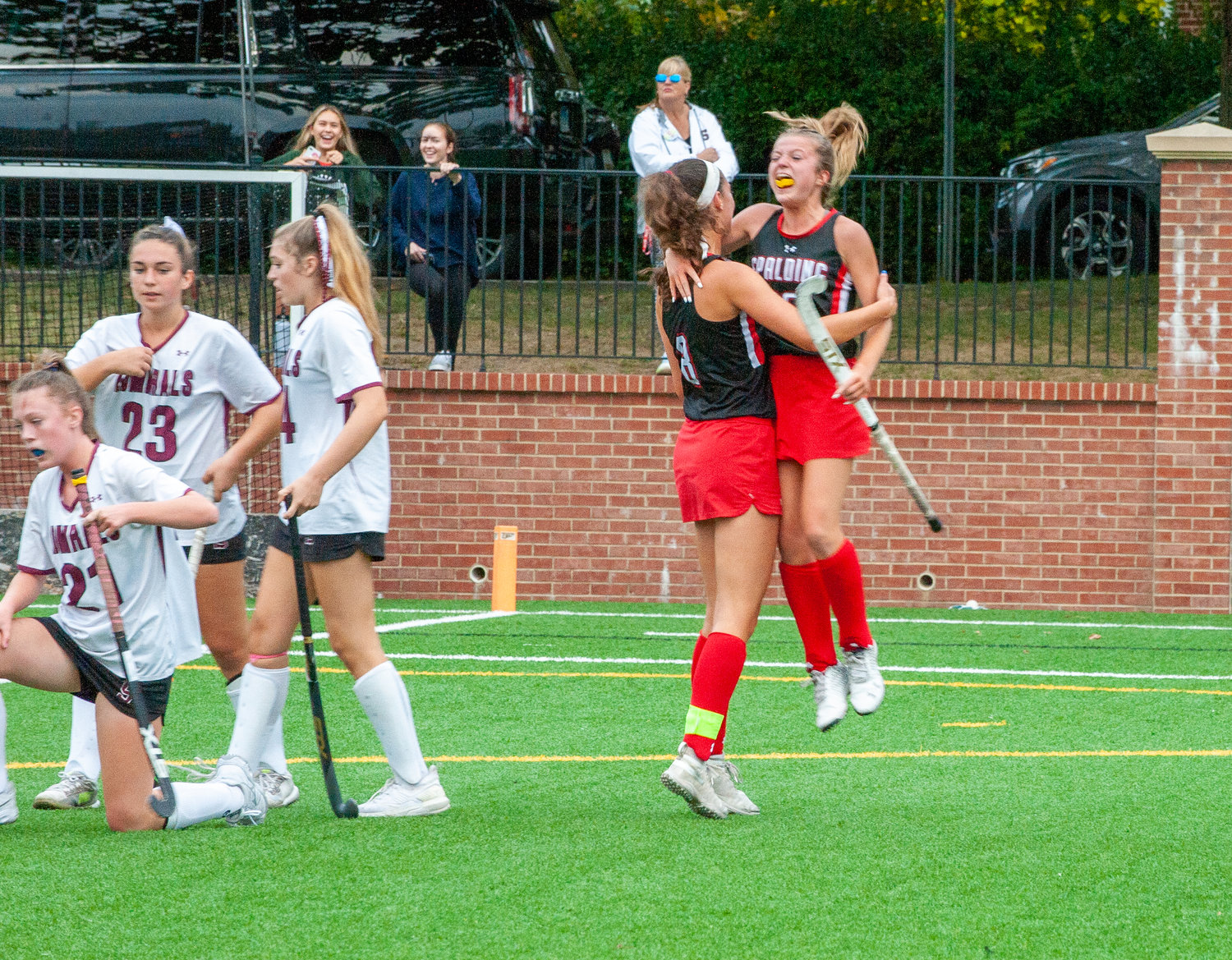 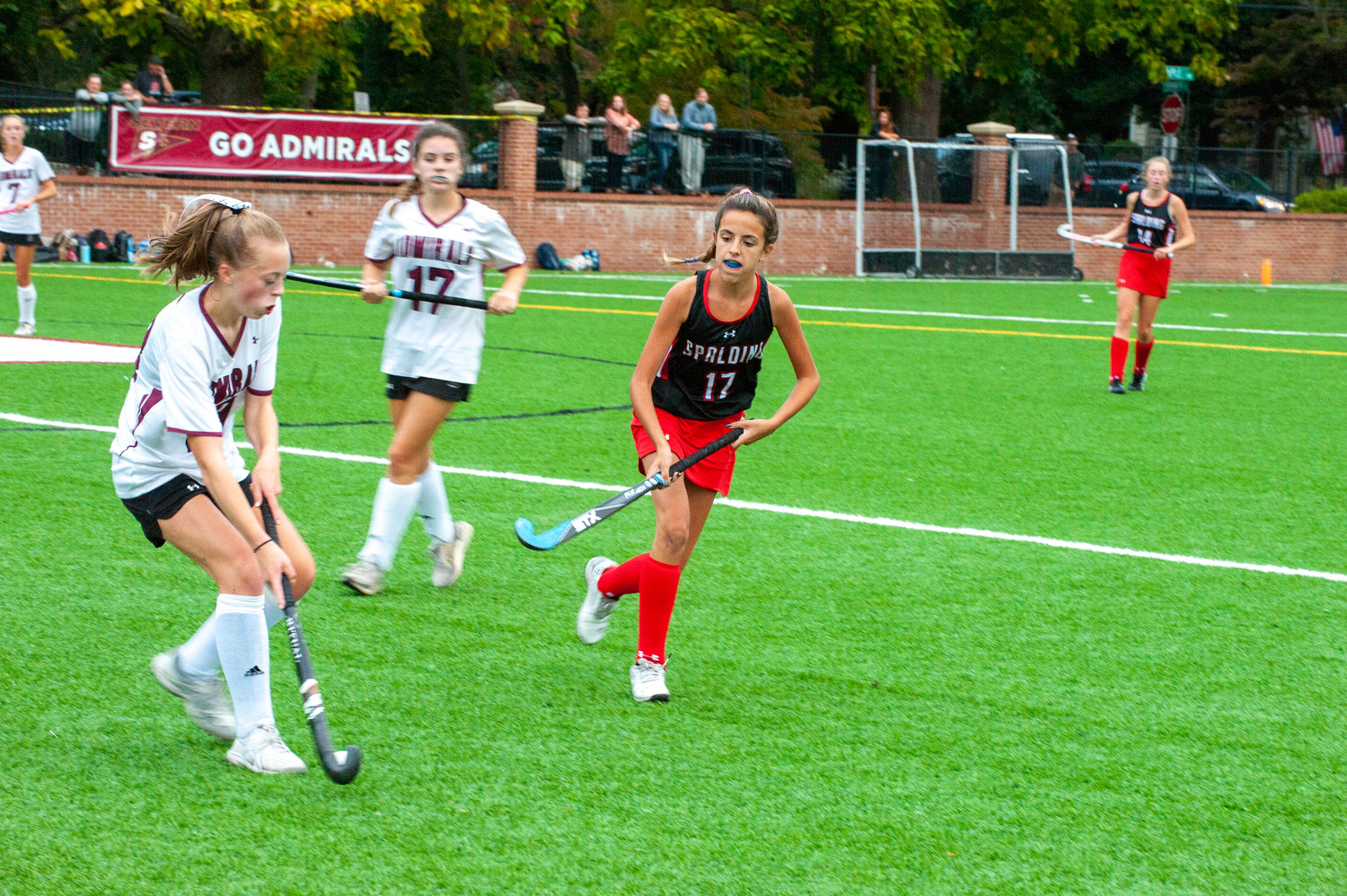 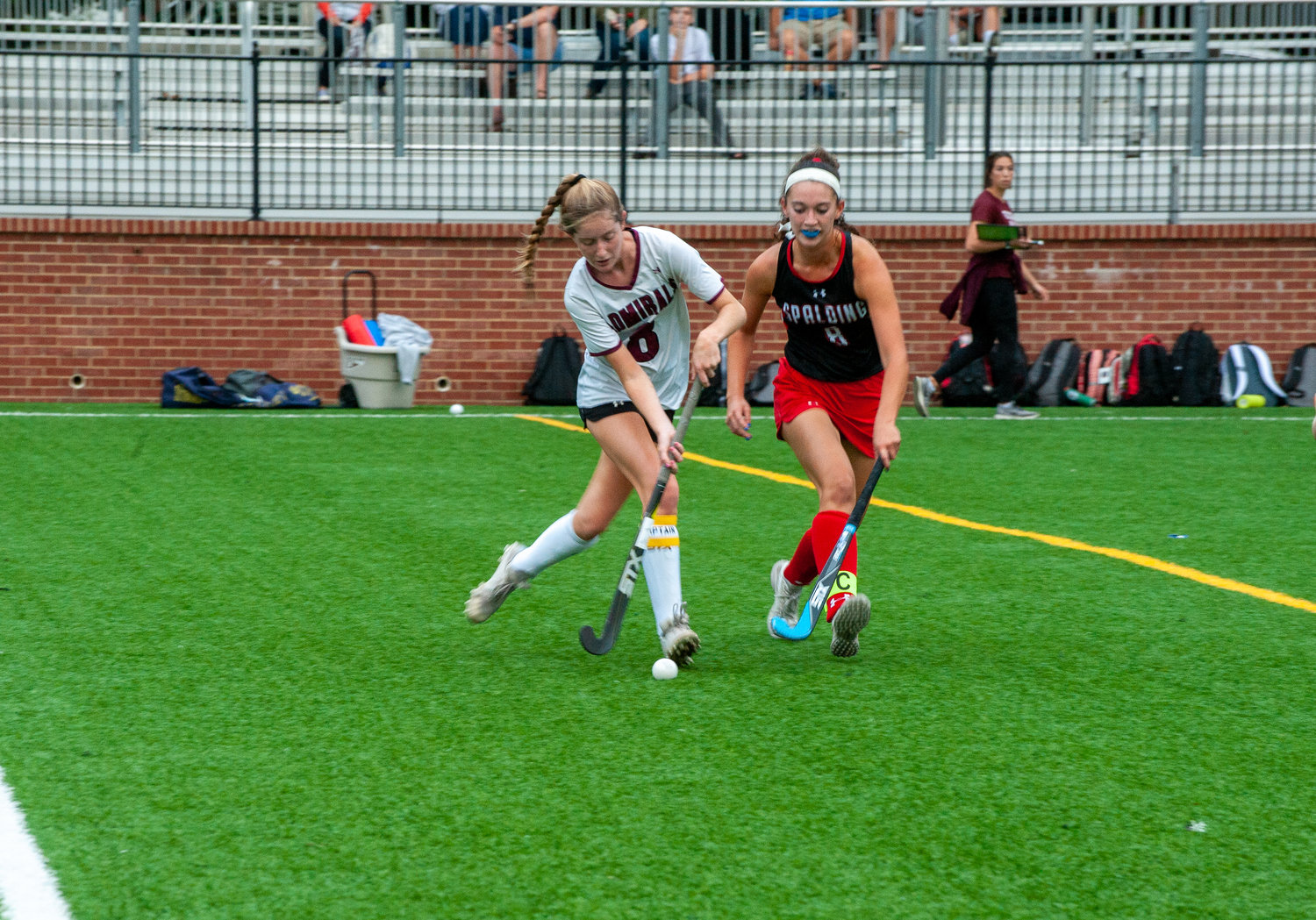 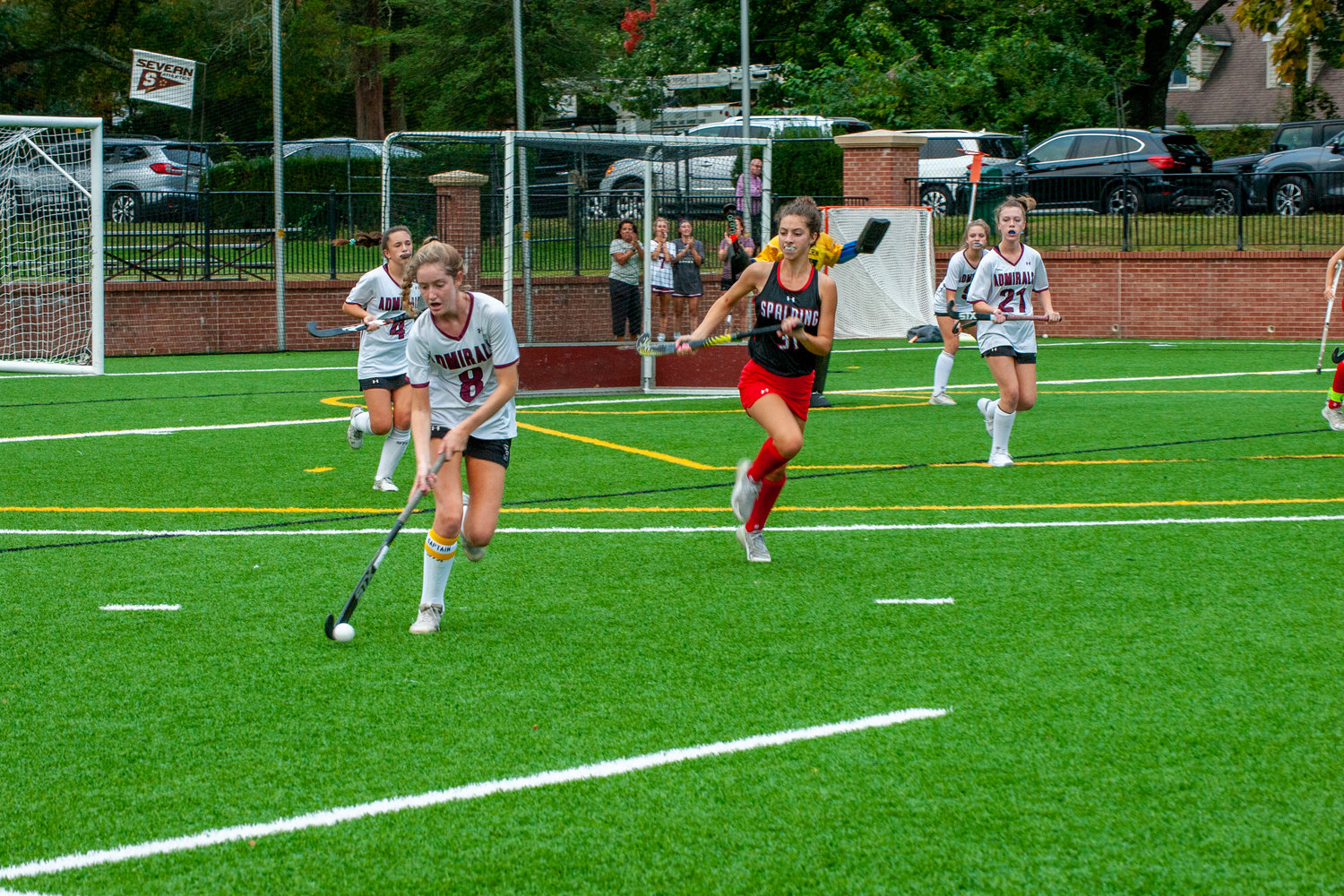 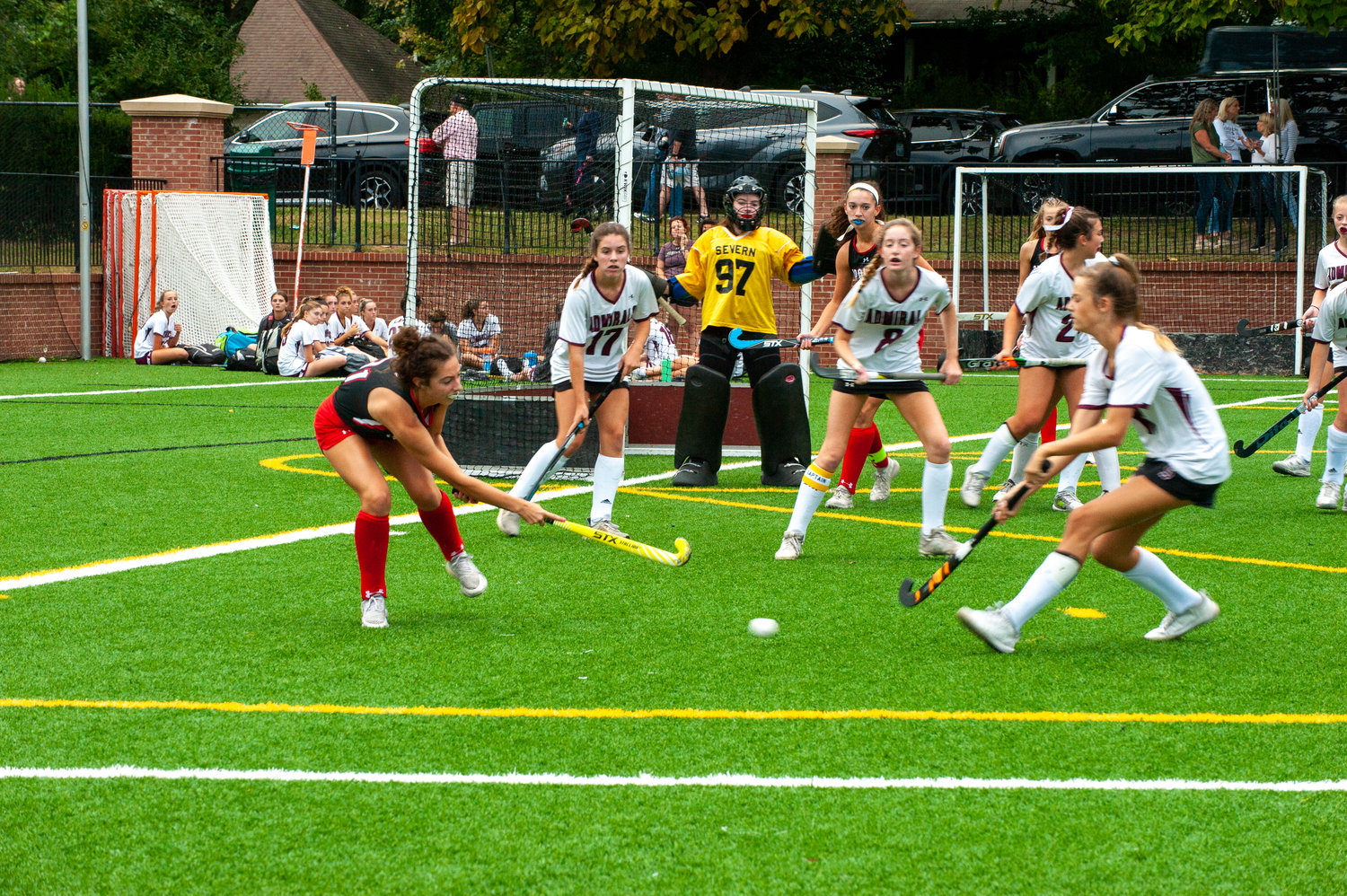 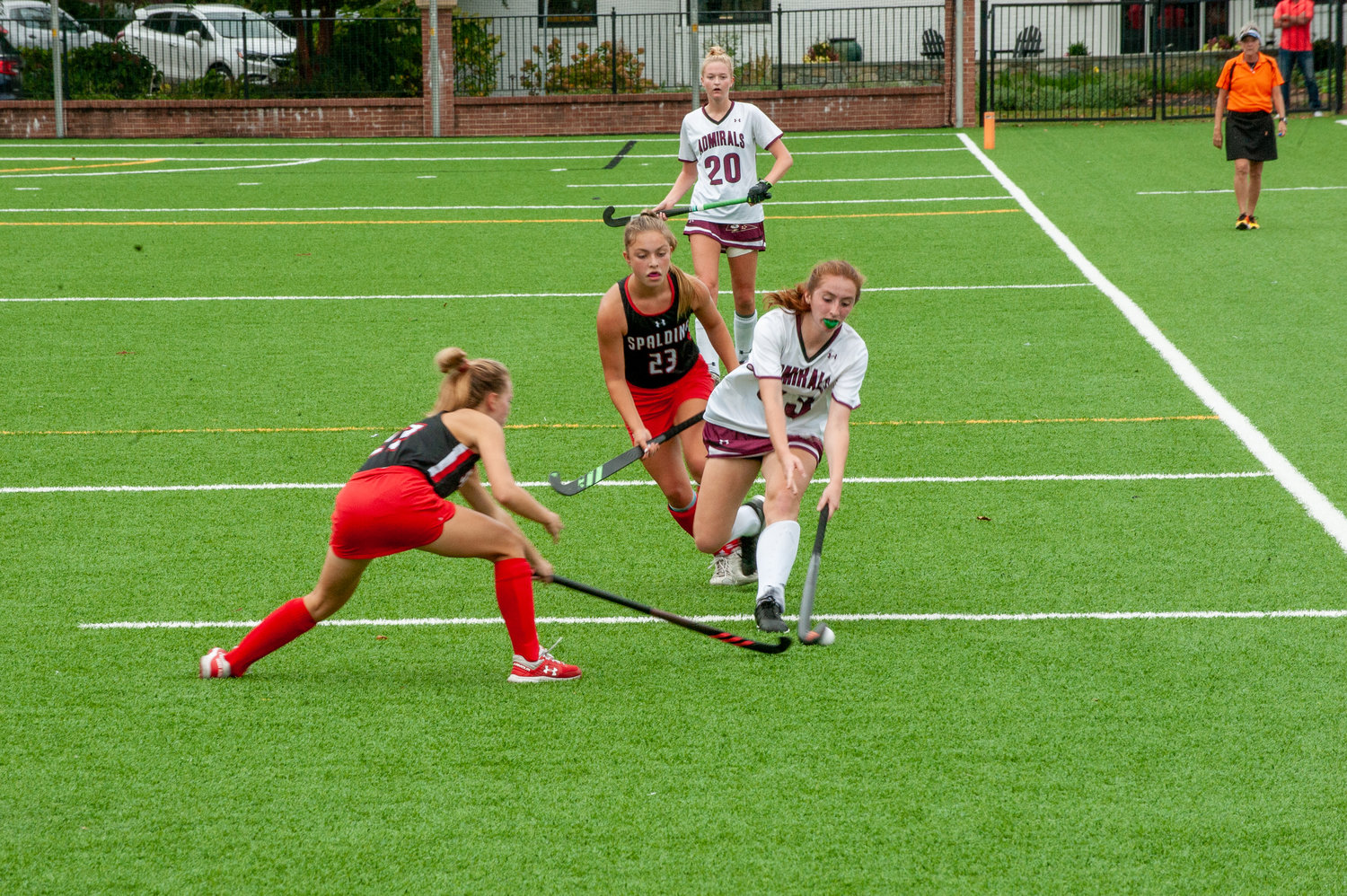 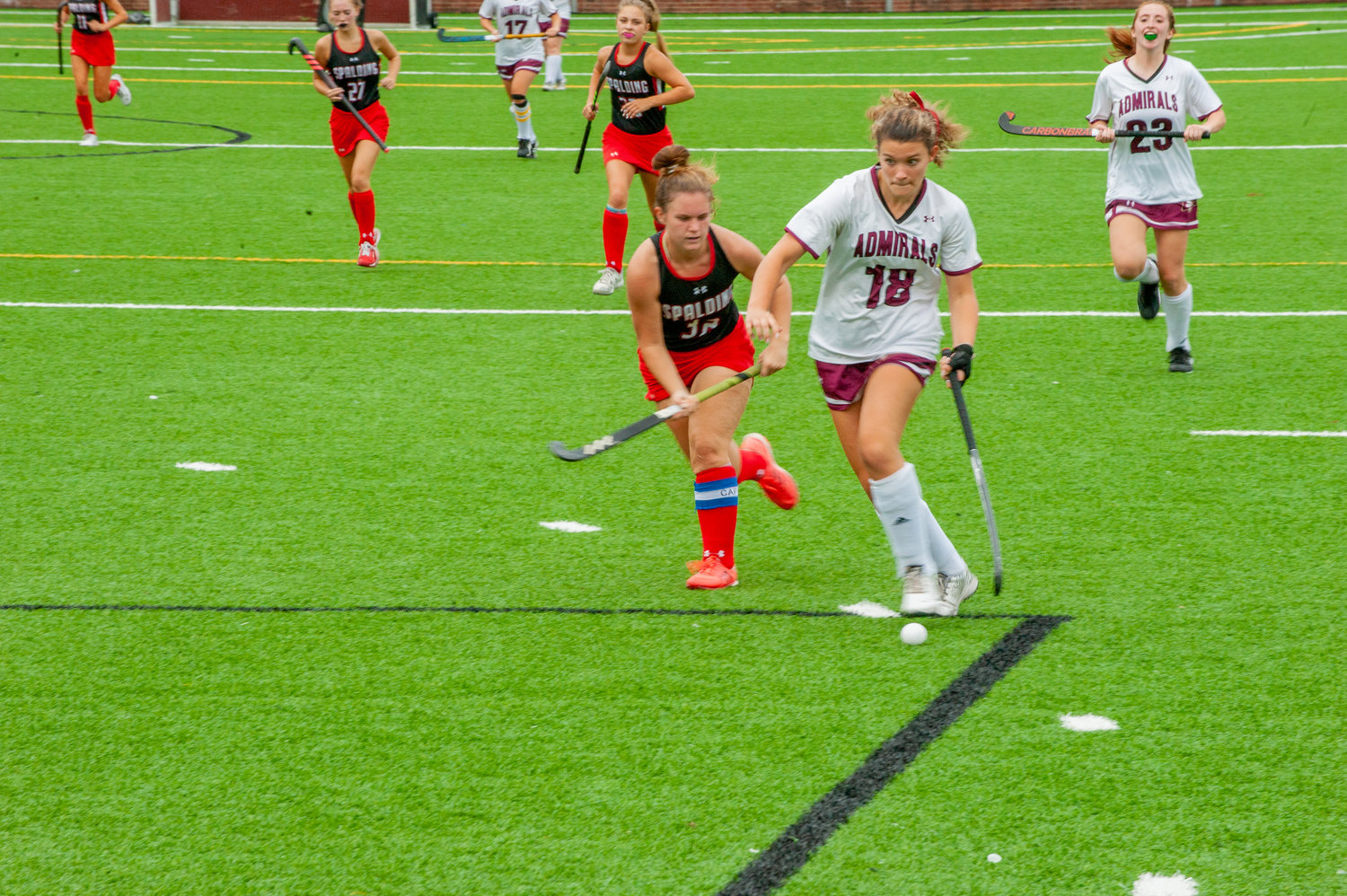 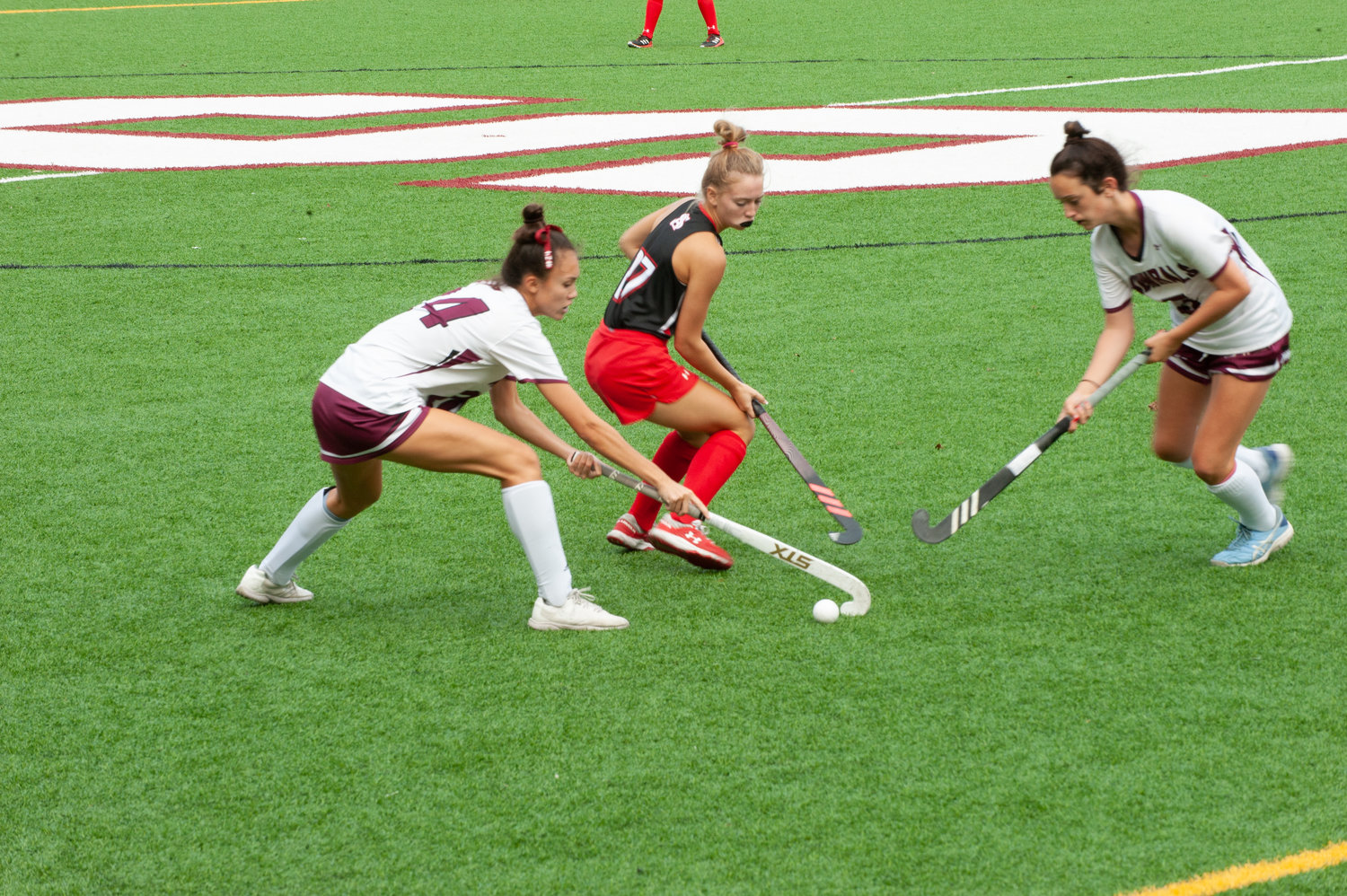 After the varsity win, Archbishop Spalding head coach Leslee Brady said she was happy to see her team get back on track after suffering their first loss, 1-0 to Garrison Forrest, on October 7.

“They’re coming off homecoming last week, so there’s a little of that hoco jetlag, but we’re getting refocused,” she said. “We had a tough loss last week. They’re good at getting themselves refocused.”

With only four games remaining before playoffs start, Brady identified a few areas Severn (10-1) can still improve upon.

“Utilizing the empty space that is available on the field,” she cited as one example. “I think every team has a tendency to want to push the ball forward instead of laterally. We’re going to work more on our lateral movement, transitioning across the field to get to the empty space on the other side.”

In the JV matchup, Spalding kept their undefeated record alive as Severn dropped to 5-1-1.

“It’s nice to play against a team that has great stickwork and good communication,” Spalding JV coach Amy McKusky said. “[Severn] is a great team. I know the coaches; we used to coach together, so I knew the competition was going to be great. So, a great battle and we were able to come out on top.”

McKusky said her team has stayed loose and played with focus despite the high expectations that come with being an undefeated team.

“They’re so motivated to play well and just to be here and to play hockey,” she said. “We have a lot of athletes who love the game. We have maybe one game during the week; they’re out there early. They stay late.”

“We played Mount de Sales and that was an emotional game for us as well,” Wombly said. “We got a little too hyped in that game. I’m proud of [the girls] because this time, they were able to hone that energy and really work the ball and come together. They left it all on the field.

“This is our fourth-to-last game, so I think we’re gaining that feel of, ‘This is it. Everything is going to come together.’ If you look at the season from the beginning to now, they are different girls and I’m so proud to see them develop and not only improve individually but improve as a team to where they’re clicking, they’re communicating and they’re amping each other up.”