The Triumphant Return Of Live Shows 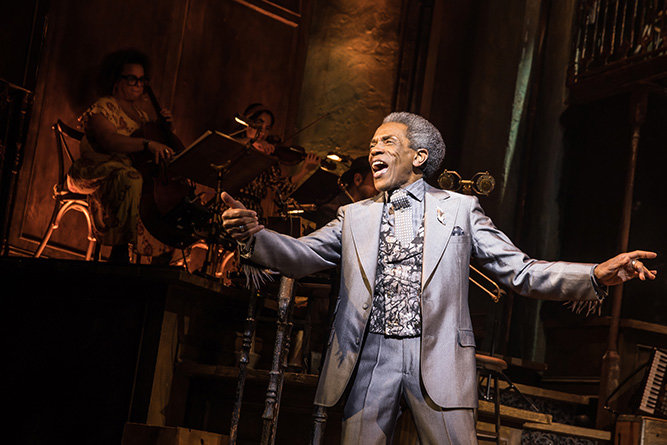 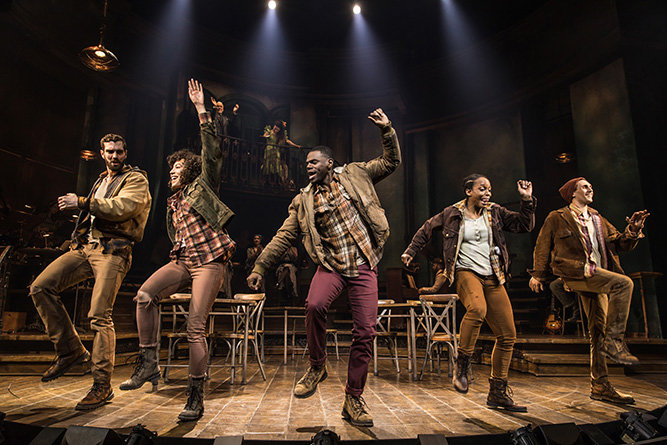 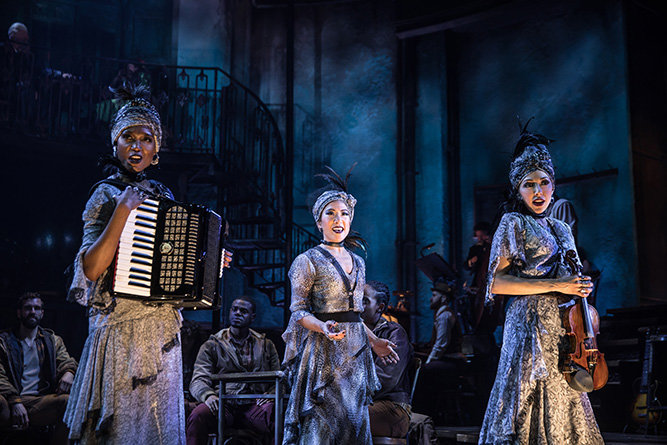 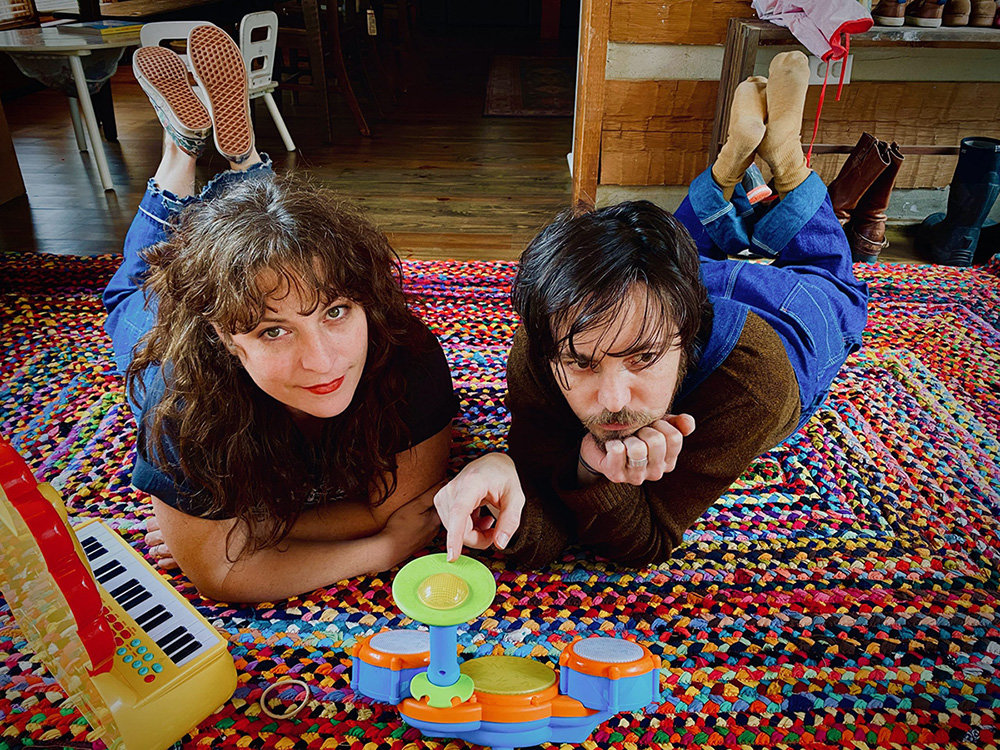 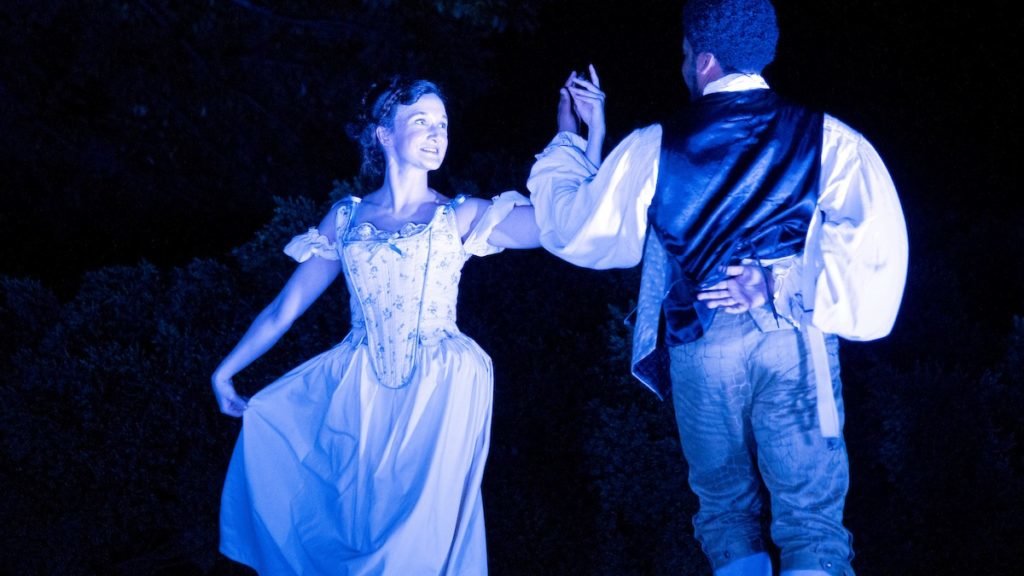 Classic Theatre of Maryland is back this October with the quintessential Shakespeare classic “Romeo and Juliet.”
Photos Provided
Previous Next
Posted Wednesday, October 6, 2021 10:17 am
By Liz Grier

After a long hiatus, live music and performances have returned. These are some of the most anticipated shows coming to the Baltimore-Washington metropolitan area this fall.

Rock and roll royalty and 16-time Grammy award-winning musician Dave Grohl (Foo Fighters, Nirvana) will be at the Lincoln Theatre in Washington D.C. on October 7 in support of his new book, “The Storyteller.” The book focuses on Grohl’s life on the road as a musician and chronicles his impressive coming-of-age story that begins with his childhood, growing up in Springfield, Virginia, and follows his musical journey to becoming one of music’s most influential and recognizable icons. Tickets are available at www.thelincolndc.com.

Formerly known as the Annapolis Shakespeare Theatre, Classic Theatre of Maryland is back this October with the quintessential Shakespeare classic “Romeo and Juliet.” A fresh retelling of the beautifully complicated tragedy runs from October 8 through October 31. Tickets can be purchased online at www.classictheatremaryland.org or by calling the box office at 410-415-3513.

Pop-punk band New Found Glory will play at Baltimore’s Rams Head Live! on October 9. Kids of the early 2000s can happily relive their angsty youths with one of the era's most popular bands. With songs like “Hit or Miss” and “My Friends Over You,” New Found Glory has been a staple in the pop-punk scene for over two decades. Tickets can be purchased at www.axs.com/events/403480/new-found-glory-tickets.

Winner of eight 2019 Tony awards including Best Musical and the 2020 Grammy award for Best Musical Theater Album, “Hadestown” will grace the stage at the Kennedy Center this October. The critically acclaimed musical follows the epic love story of Orpheus and Eurydice and their journey to the underworld, where they encounter King Hades and his wife, Persephone. Singer-songwriter Anaïs Mitchell and director Rachel Chavkin’s masterpiece will run from October 13 through October 31. Tickets for “Hadestown” can be purchased at www.kennedy-center.org.

Comedian Trevor Noah will perform at Capital One Arena in Washington D.C. on October 15. Host of “The Daily Show” on Comedy Central, Noah is well known for his political commentary and will do his standup act in support of his “Back To Abnormal” tour. Tickets can be purchased through Ticketmaster.

The All Things Go Music Festival is back this fall at Merriweather Post Pavilion. Headliners include female heavy hitters Haim, St. Vincent, and Charlie XCX. General admission tickets are available for both the lawn and under the pavilion. The festival will have 16 artist performances stretched across two stages, including Merriweather’s unique Chrysalis stage that sits nestled into Columbia’s Symphony Woods. All Things Go will take place Saturday, October 16. Tickets are available at www.allthingsgofestival.com/tickets.

Southern rock group The Marshall Tucker Band will perform at Maryland Hall in Annapolis on October 25. MTB, having formed in 1972, have an impressive catalog of music that spans across more than 20 studio albums and several live releases. Typical setlists include “Heard It In A Love Song,” “Can’t You See” and “Fire On The Mountain.” Tickets are available for purchase through the Rams Head box office at 410-268-4545 or online at www.ramsheadpresents.com.

Folk rock duo Shovels and Rope will perform at Rams Head On Stage in Annapolis on Thursday, November 3. Fans of rootsy Americana music will be pleased with this husband-and-wife act. Tickets are available by calling 410-268-4545 or by visiting www.ramsheadonstage.com/events.

Creedence Clearwater Revival’s John Fogerty will come to Washington, D.C. on November 14. The show will take place at The Anthem. Back in January, Fogerty released “Weeping in the Promised Land,” which sounds like a protest song. This is the first single released by the CCR leader in over eight years and follows Fogerty’s 2020 family band album of covers, playfully titled “Fogerty’s Factory.” Tickets for John Fogerty at The Anthem can be purchased at www.theanthemdc.com.

Grungy alt-rockers Dinosaur Jr. will take the stage on November 16 at DC’s 9:30 Club. Fans will be happy to celebrate the release of the band’s 12th studio album, “Sweep It Into Space,” which features the original trio J Mascis, Lou Barlow and Murph. The band also recently released a documentary, “Freakscene,” which documents the long and tumultuous career of the band through the grunge scene of the ‘90s and the aftermath of breaking up and ultimately reuniting. Tickets for the show can be acquired at www.930.com.

With different restrictions throughout the area, attendees should be prepared to provide proof of COVID-19 vaccination and/or negative COVID-19 test results within 72 hours of the event, in addition to any mask mandates.