Broadneck Pulls Away From Severna Park In Second Half To Win, 48-14 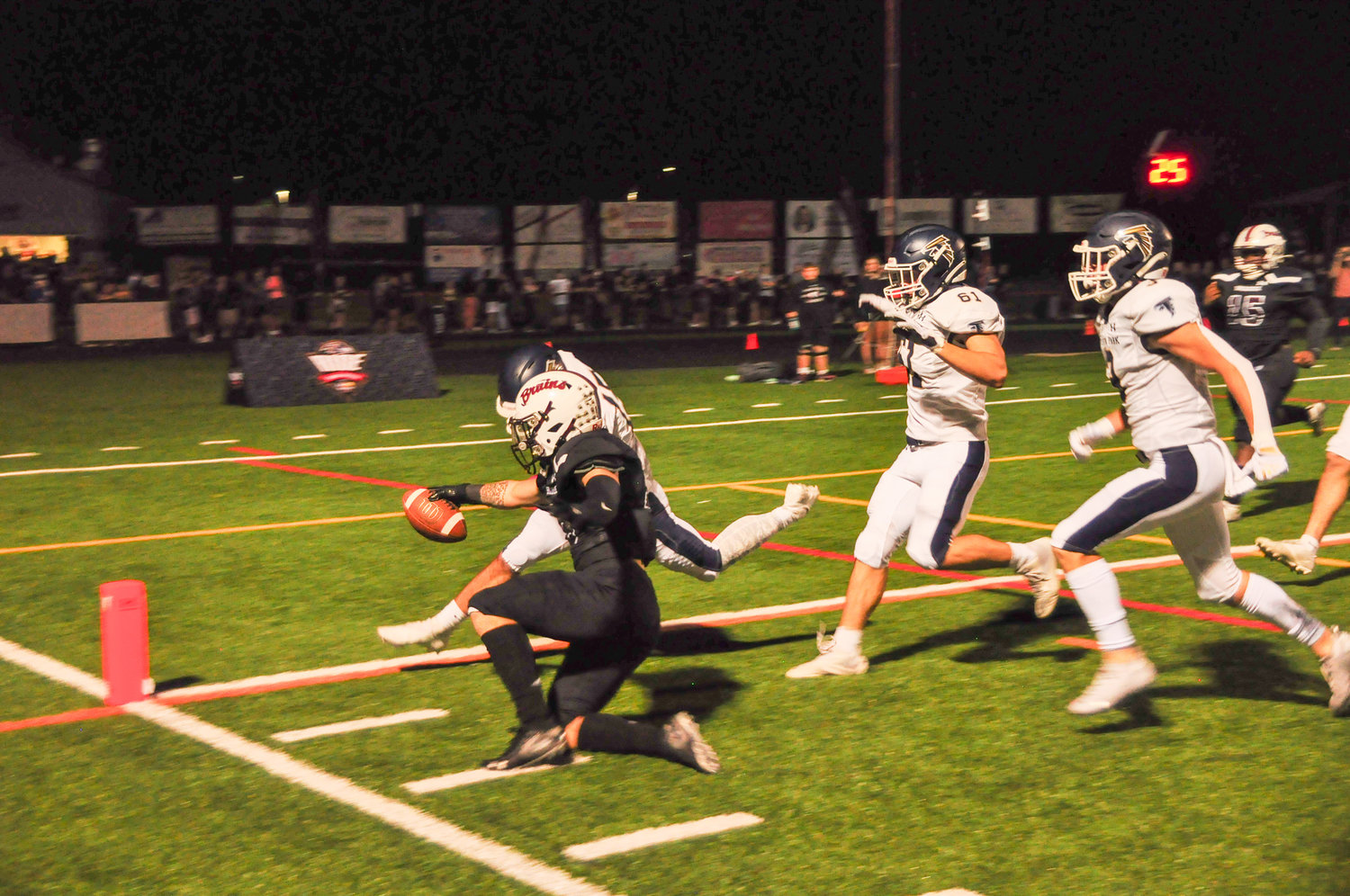 Broadneck's Albert Pasa made a critical interception as the Falcons were backed up near their end zone during the third quarter.
Photo by Conor Doherty 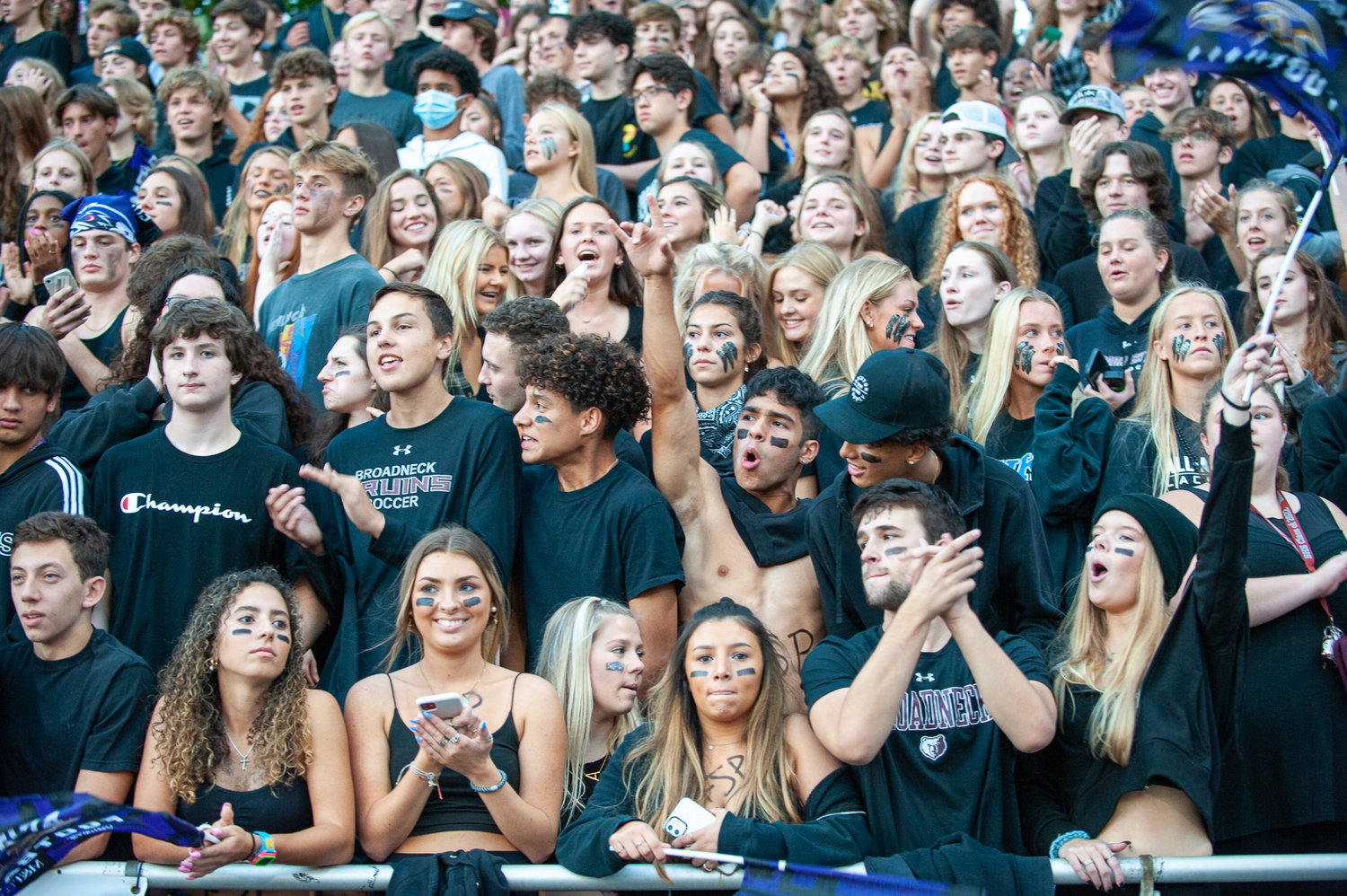 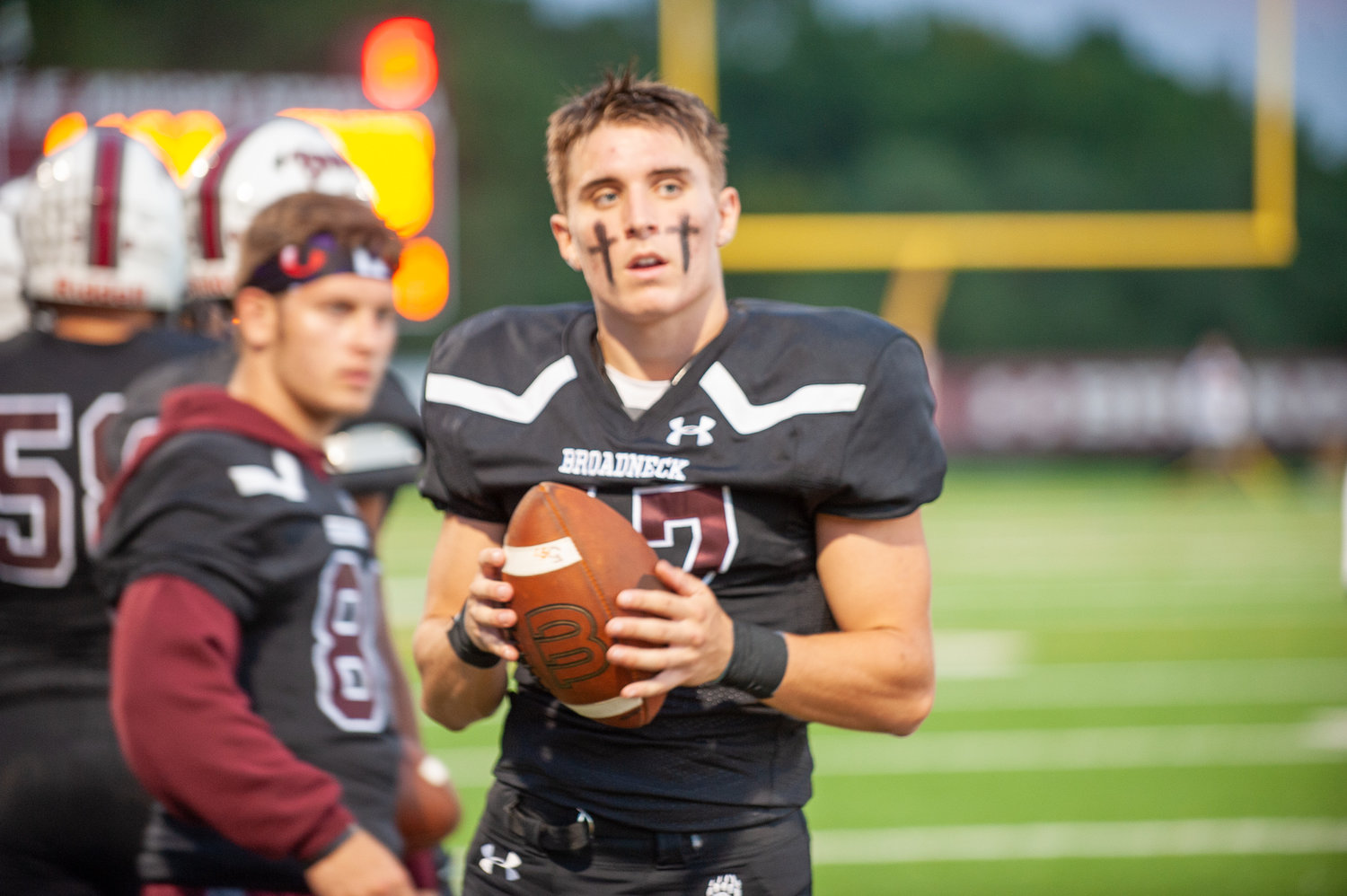 Bruins quarterback Josh Ehrlich amassed over 300 yards of offense during the rivalry game against Severna Park.
Photo by Zach Sparks
Previous Next
Posted Saturday, October 16, 2021 10:53 am
By Zach Sparks

Through one half of the Ravens RISE High School Football Showdown on October 15, Severna Park and Broadneck battled to a 14-14 tie. But in the second half, the Bruins were like an avalanche, as head coach Rob Harris described them, battering the Falcons by forcing turnovers and creating chunk plays to seize a 48-14 home win.

“There was a lot of excitement [at the beginning of the game] and the atmosphere was out of control,” Harris said. “We made a lot of silly mistakes, but I think our starters became more disciplined.”

Playing in front of a full-capacity crowd, Ravens quarterback Trace McSorley and Ravens cheerleaders, both teams committed miscues but also made big plays in the first half. In the second half, Broadneck quarterback Josh Ehrlich threw a touchdown strike to Kyle Pierce, defender Albert Pasa made a critical interception as the Falcons were backed up near their end zone, and Davion White had two rushing touchdowns. Machi Evans added another score on an 88-yard jet sweep.

The victory marked eight straight wins for Broadneck over Severna Park, dating back to 2012. It also moved the Bruins to 6-1 on the season. The only blemish on their record is a 44-13 loss to Archbishop Spalding, ranked by MaxPreps as the No. 3 team in Maryland.

Severna Park (5-2) will look to rebound against Glen Burnie on October 22. Next on the schedule for the Bruins is Anne Arundel County powerhouse Old Mill (6-1) on October 22.

“Old Mill is a very good team and we’re excited to play them,” Harris said. “County bragging rights are on the line.”

Read the next print edition of the Severna Park Voice for a more detailed summary of the game and the Ravens’ involvement.