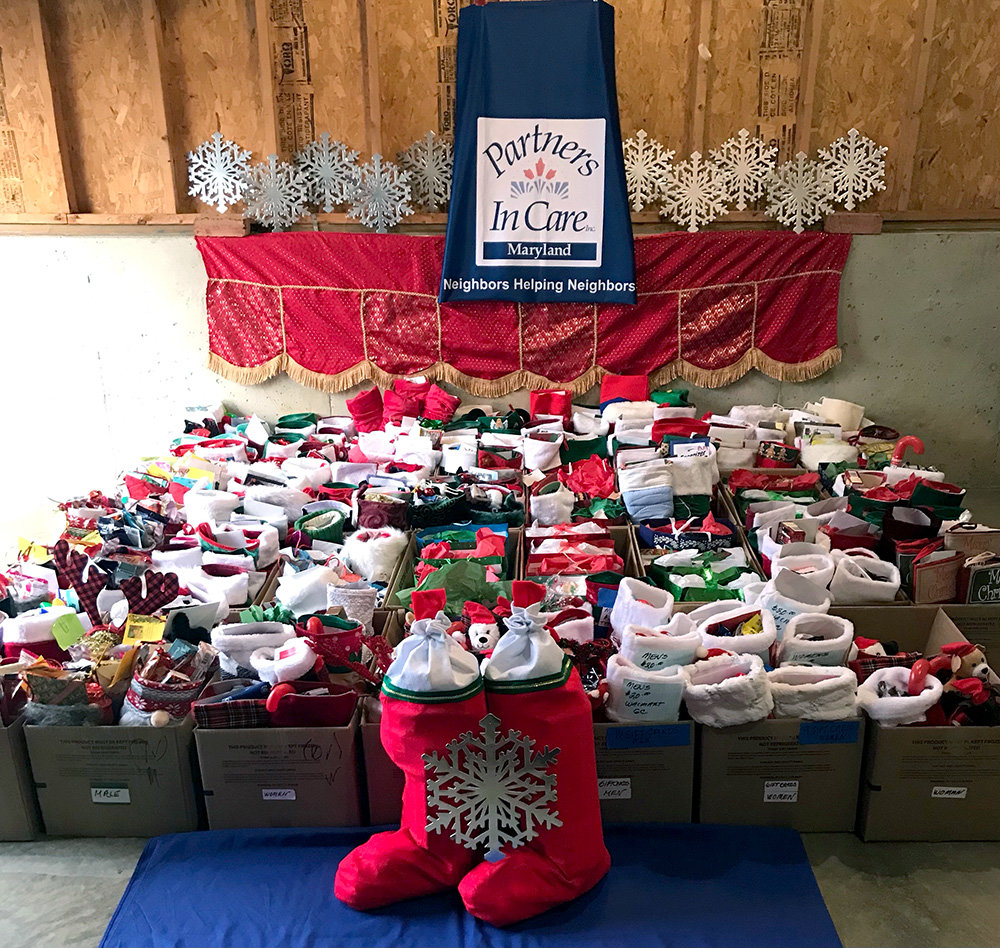 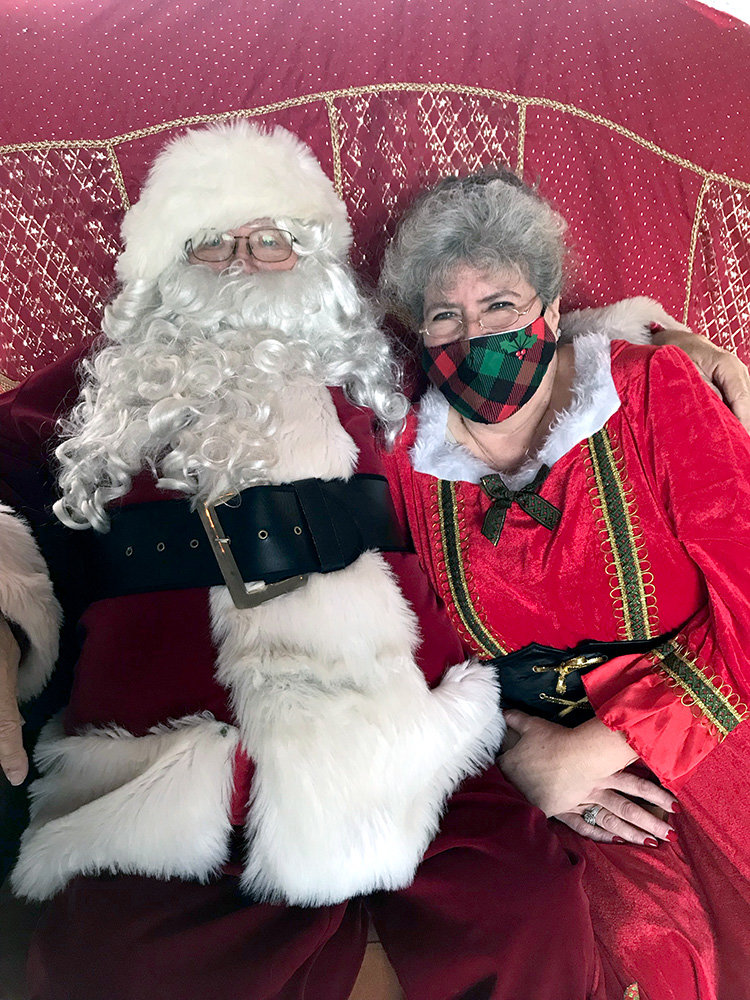 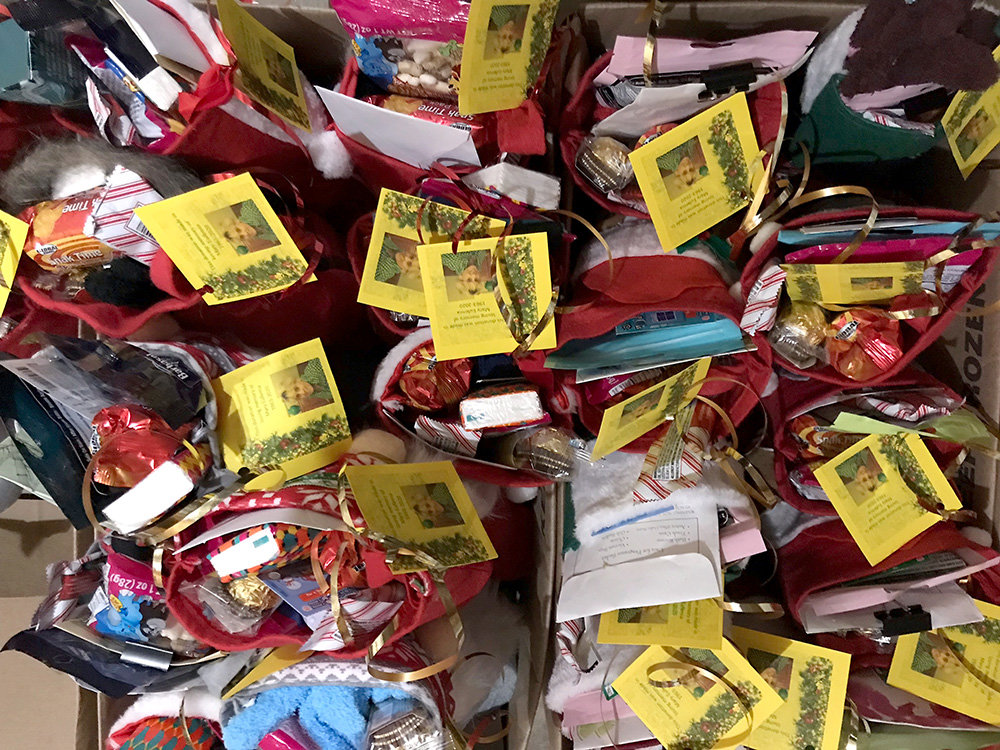 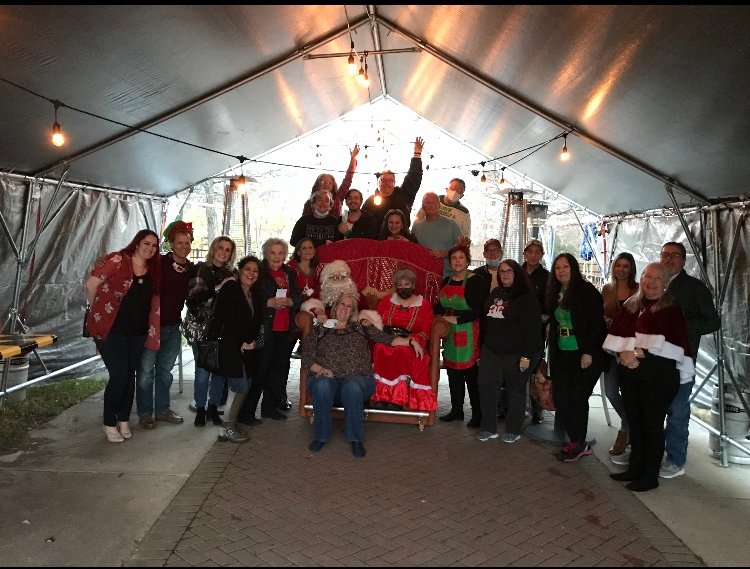 Previous Next
Posted Thursday, December 9, 2021 7:51 am
By Haley Weisgerber

The holiday season can be a lonely and difficult season for many seniors. With that in mind, Partners In Care, an organization that is committed to preserving senior citizens’ independence, created Elves for Elders to deliver stockings filled with goodies to seniors in need.

Susan Origlio, the Elves for Elders coordinator, began volunteering with Partners In Care in 2014 with her mother. In 2015, after her father died, Origlio saw a flyer for stocking donations and got in touch with the main office. From there, Origlio worked with the office to create Elves for Elders in memory of her late father. In its first year, Elves for Elders collected 80 stockings and a few monetary donations.

“I realized I was onto something,” said Susan Origlio. “Each year, more people participated, and stocking and monetary donations steadily increased.”

In 2020, Origlio lost her mother. She considered canceling the event but knew that seniors were more isolated than ever and needed the pick-me-up.

This year, the event is back in full swing. On December 4, volunteers gathered at Frisco’s Taphouse in Gambrills to celebrate the stockings stuffed by generous donors and Partners In Care supporters.

“The world has been crazy, filled with so much negativity,” said Origlio. “This event is a constant reminder to me of how kind and giving people can be. I am filled with gratitude and overwhelmed with people's generosity every year.”

Origlio sends out a call for donations beginning in September and collects monetary and physical donations until the day of the Elves for Elders event.

“During the month of November, my husband, who is also a volunteer, and I are busy picking up stockings and coordinating drop-offs,” said Origlio.

After the stockings are stuffed, they are turned over to volunteers, like Sher Atkinson, who deliver them to the seniors.

“Christmas gets so over-commercialized and you just kind of get lost in it and this just kind of takes you back,” said Atkinson. “It's really fun. I really love doing it.”

Atkinson has been delivering stockings with Elves for Elders for two or three years. She said that it reminds her of the real reason for the holiday season.

“They're just so excited,” said Atkinson. “I don't know how to describe the look on their faces. It's kind of like when you go back and you think about Christmas for little kids where everything's just exciting and fun.”

The Partners In Care team carefully selects the stocking recipients, as they can’t deliver to everyone. When the stockings are all delivered, Origlio said she knows all of the hard work is worth it when she hears how the stockings have impacted the seniors' lives.

“The stories I hear about how meaningful these stockings are to people are so heartwarming,” said Origlio. “For some, it's the only sign of Christmas they may have.”

Volunteers filled 320 stockings for the 2021 event, more than expected. Origlio also got a nice surprise. She received an email the night before the event in Gambrills; someone wanted to stuff stockings in memory of a loved one. Family members Doug Eufemia, Elisabeth Eufemia and Tonia Wilson stuffed 30 stockings as a tribute to Mary Eufemia, a Severna Park resident who died in July 2020.

Elves for Elders is just one example of the great things that Partners In Care does. Origlio said she is proud to play a role in an organization that makes such an impact in the lives of local seniors.

“I believe in this organization; I have seen firsthand what they do for people,” said Origlio. “Partners In Care is truly a nonprofit and the people who work for this organization are so compassionate and dedicated.”