For Two Decades, Darryl Despeaux Has Been Freezin’ For A Reason 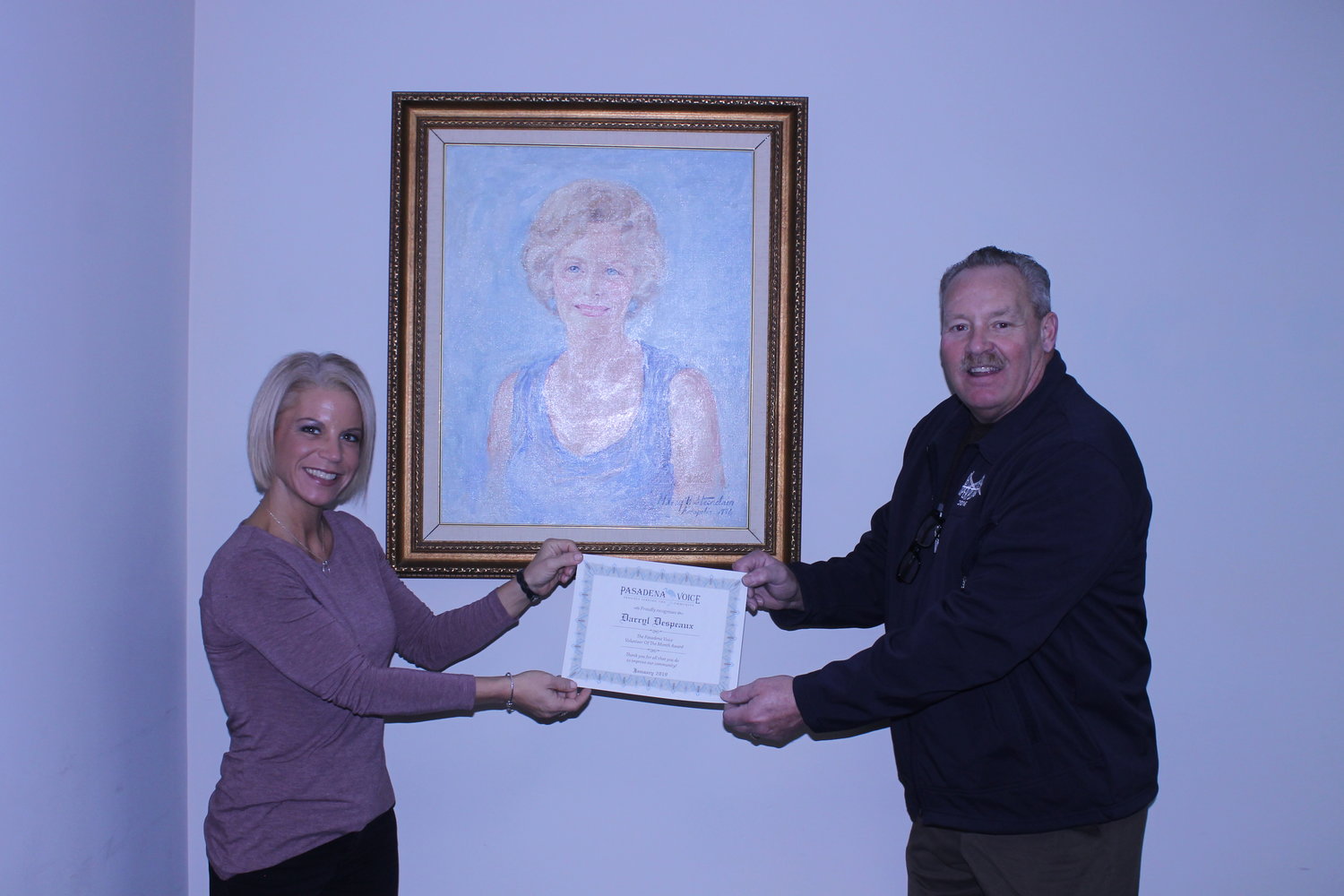 When Darryl Despeaux participates in the Super Plunge every winter, he feels as if he’s attending a family reunion. There are laughs. There are tears. Above all, there is unity for a common purpose: raising funds for the athletes of Special Olympics Maryland.

“You might not see these people all year, so it’s sad to say goodbye,” Darryl said.

Darryl did his most recent Super Plunge on January 18. Since 2005, he has marked the event on his calendar annually, knowing he has to raise $10,000 and charge into the Chesapeake Bay 24 times in 24 hours. Even before that, Darryl got involved during the second year of the Polar Bear Plunge in 1998 because Victoria Hill — the daughter of his friends Walt and Cathy — had Downs syndrome and played basketball with Special Olympics.

“They ski, they volleyball, they do bike rides — it’s very competitive,” Darryl said of Special Olympics Maryland athletes. “They are very enthusiastic.”

Darry and his wife, Tracey Despeaux, have been enthusiastic about the Plunge since they were first recruited. As president of the Solley Elementary PTA in the early 2000s, Tracey rallied a group from the school to descend upon Sandy Point State Park in Annapolis.

Their own daughter, Rebecca, joined the Super Plunge when she was 12. She continued for seven years until leaving for college.

Darryl formed Ravens Roost 65 in Pasadena in 2001 to combine his love of philanthropy and football fandom. Two years later, other roosts started joining Roost 65 for the Plunge at Sandy Point.

“They come down in coach buses, yellow school buses, vans and pickup trucks, and they tailgate like it’s a game,” Darryl said.

The Council of Baltimore Ravens Roosts has kept track of its fundraising totals since only 2006, and in that time, the collective roosts have raised $1.5 million for Special Olympics Maryland through the Polar Bear Plunge and Deep Creek Dunk.

Those two events have spawned many memorable moments for Darryl.

“I remember one time in 2005 or 2006, the Chesapeake Bay froze over,” he said. “They had to bring big monster barges to do circles on the bay and break up the ice.”

He recalled that once during the Deep Creek Dunk, “these guys put scuba gear on, and with a chainsaw, they made holes in the ice so people could get in.”

Darryl will now turn his attention to the Deep Creek Dunk and then two Ravens Roost fundraisers: a bull roast at Martin’s West on February 9 and an event at Beefalo Bob’s in March.

For more information about Roost 65 or to become a member, contact Tracey Despeaux at 410-456-9999. Darryl welcomes donations to his plunge page at www.plungemd.com. Select “Donate” and “To A Plunger” and search for the last name Despeaux.

Darryl may be a hero for helping special needs athletes, but that’s not the way he sees it.

“Walt and Cathy are my heroes because I’ve watched how they’ve raised Victoria,” Darryl said. “I’ve been inspired.”

READ MORE ABOUT VOLUNTEERS OF THE MONTH: