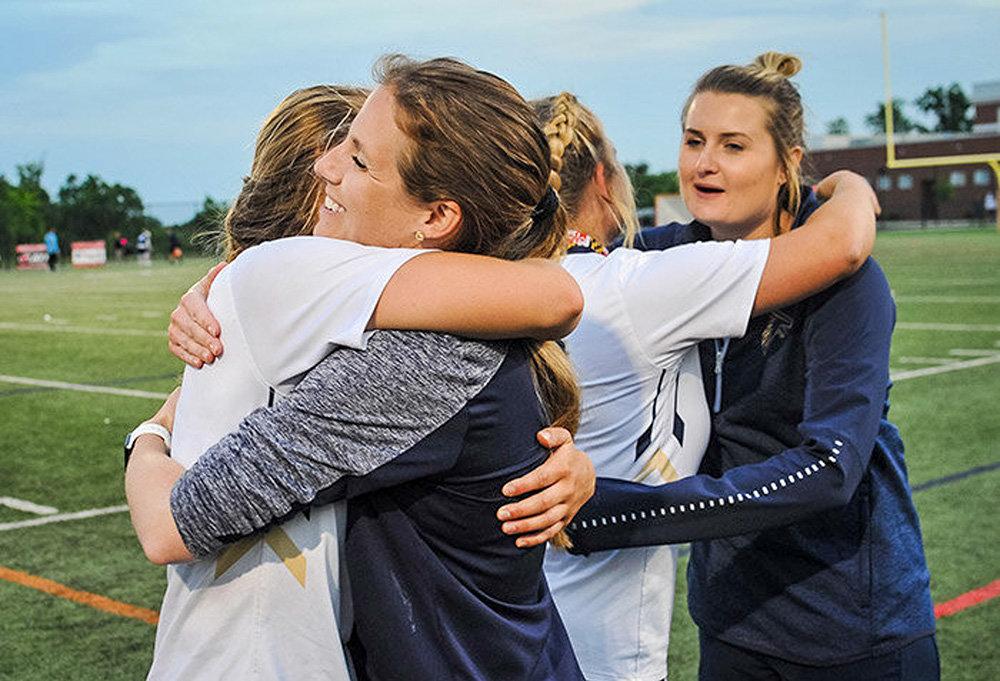 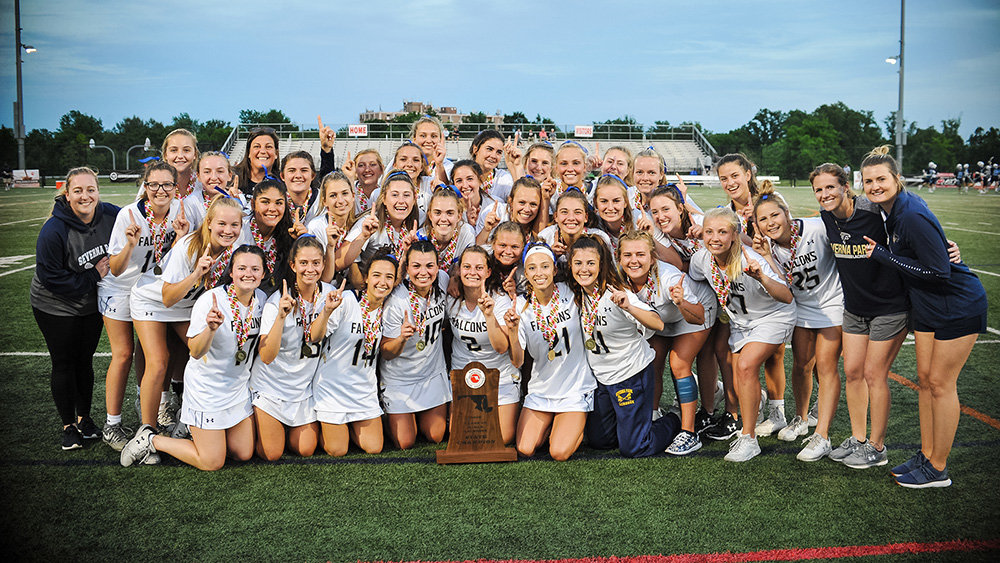 Kaitlyn Hines (second from right) coached the Severna Park girls to a lacrosse championship in 2019.
File photo by Colin Murphy
Previous Next
Posted Monday, August 15, 2022 9:09 am

Hines, who has since been hired to lead Chesapeake’s program, said the move was surprising and that Severna Park’s administration did not offer a reason other than, “You’re not the right fit at this time.”

“It was tough to be told there was nothing I could do [to stay],” Hines said. “For me, it was always Severna Park or nothing. I loved every minute of the opportunity.”

The Voice contacted several current and former players who declined to comment.

Hines played for the Falcons from 2003 to 2006 and returned to Severna Park High School as a junior varsity coach before earning the varsity job when her aunt, Carin Peterson, retired in 2015.

“I remember getting a call from the [then] athletic director, Dave Lanham. It was a great, exciting moment for me, taking over the program from my aunt,” Hines said. “I’ve had such a good time being there. The girls and the families are great.”

In Hines’ final game as head coach, the Falcons lost 11-10 to Marriotts Ridge in the Class 3A state championship. A win would have given Hines her third championship as head coach after winning states in 2015 and 2019.

Winning those state championships and playing high-stakes games against Broadneck are among her favorite coaching memories. She also enjoyed “learning and growing with the girls” in 2022, following a 2021 season in which team dinners were canceled because of COVID-19.

“I tried to amp it up more this year,” she said. “We canceled practice one day and went bowling. The girls all have such fun personalities. It was so great to get to know them.

“We had daily check-ins and I told them it doesn’t have to be lacrosse-related,” Hines said. “I said, ‘Tell me about school. Tell me about life.’”

At Chesapeake, Hines will take over a program that had a losing record last season.

“I am very excited, honored and appreciative for this opportunity to work with Chesapeake girls lacrosse,” Hines said. “I have felt welcomed from the beginning and I look forward to pushing this program to the next level.”

Bruins Dominate In Win Over Falcons

Student-Athlete Of The Month