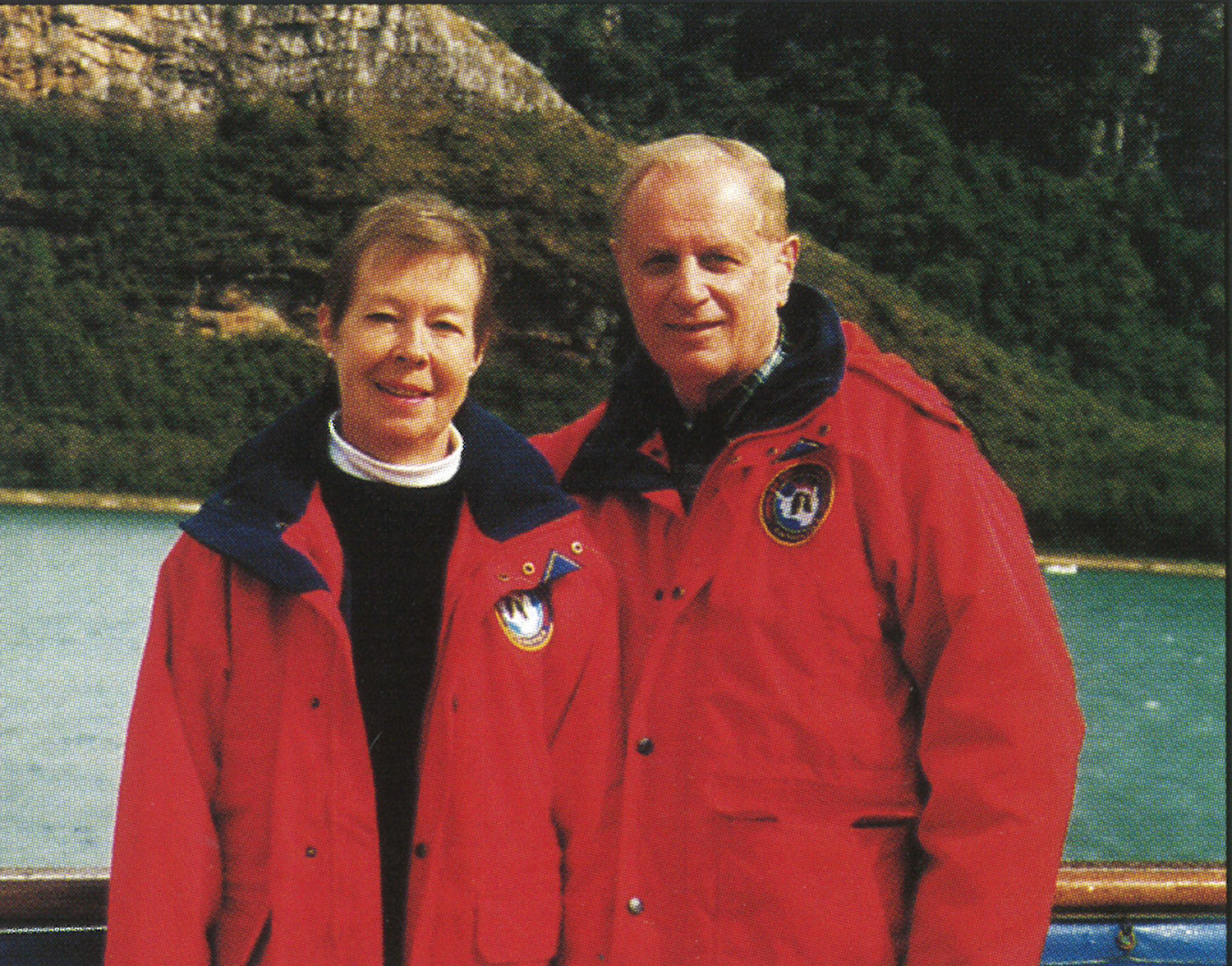 Fred passed away in 2013 at age 82. He graduated from the U.S. Coast Guard Academy and Harvard Business School. Georganna Long passed in 2018 at age 83. She graduated from Stephens College with a degree in fashion design. The couple shared a passion for international travel and together visited all seven continents and sailed all seven seas.

Both Fred and Georganna were avid supporters of TFAS, so it came as no surprise that their support of the organization continued after their passing.

TFAS’ mission “is to change the world by developing leaders for a free society and to inspire future leaders to make a difference in their communities and throughout the world by upholding the values essential to the preservation and success of a free society.”

Steve Slattery, executive vice president of TFAS, said the fund offers programs designed to “educate high school and college students on principles such as economics, free enterprise, and the American system of government.” Programs are offered to students and young professionals in America and internationally in places like Hong Kong, Santiago and Prague.

TFAS programs include summer internships in Washington, D.C., for-credit classes at George Mason University, and various overseas programs, which are meant to introduce students abroad to the American government “planting the ideas of individual liberty in places that had historically provided the least fertile soil.”

The Longs previously provided scholarships for U.S. Coast Guard students in Prague and Hong Kong. TFAS and donors like the Longs hope that by offering scholarships for American students studying overseas, they can build and cultivate cross-cultural relationships by representing the United States as student ambassadors.

Fred got involved with TFAS while working at Baltimore Aircoil Company, which grew from a small, local proprietorship to a multimillion-dollar enterprise under the guidance of founder John Engalitcheff Jr.

Ed Shinner met Fred when Shinner interviewed at the company in April 1965. Shinner fondly recalled Fred’s leadership as executive vice president of Baltimore Aircolil Company and later as president in 1976.

“Fred was also an ethical leader — worked well with Merck BAC’s parent company at that time and subsequently Amsted Industries, which acquired BAC from Merck,” Shinner said. “He has a great sense of humor and a memorable smile. He was committed to develop the talents of all those in his charge.

“I am forever grateful to him for seeing abilities in me that I didn’t know I had and pushing me to develop them,” Shinner added. “As a result, I have had a good life.”

BAC now manufacturers and markets products worldwide. Those products not only conserve energy but also help to reduce the effects of global warming. According to the company website, BAC is now recognized as the world’s largest manufacturer of evaporative cooling, thermal storage, and heat transfer equipment. Engalitcheff was an active supporter of TFAS and made a donation to the organization in the amount of $12 million. At the receipt of such a large donation, TFAS got in touch with Fred Long, who was working for BAC, to get more information about Engalitcheff and his donation. After talking with the organization, Fred was inspired to get involved with TFAS, and together, he and Georganna set up their own scholarships to bring students into Washington for TFAS-offered programs. In addition to monetary support, Fred also served on the TFAS board of directors.

Fred believed strongly in the free enterprise system and the power to not only build wealth but to also educate future generations. The Longs’ $3 million donation marks the second-largest monetary donation in the 52-year history of The Fund for American Studies, and the largest scholarship donation. Scholarships are awarded every year to students desiring to seek internship opportunities. A full scholarship is for $10,000; however, scholarships awarded vary on a need-by-need basis.

Many alumni of TFAS programs have gone on to become members of congress, U.S. senators, and news anchors. Thanks to the Longs’ generous contribution, many future leaders will have the opportunities to seek invaluable educational experiences both in the states and abroad.