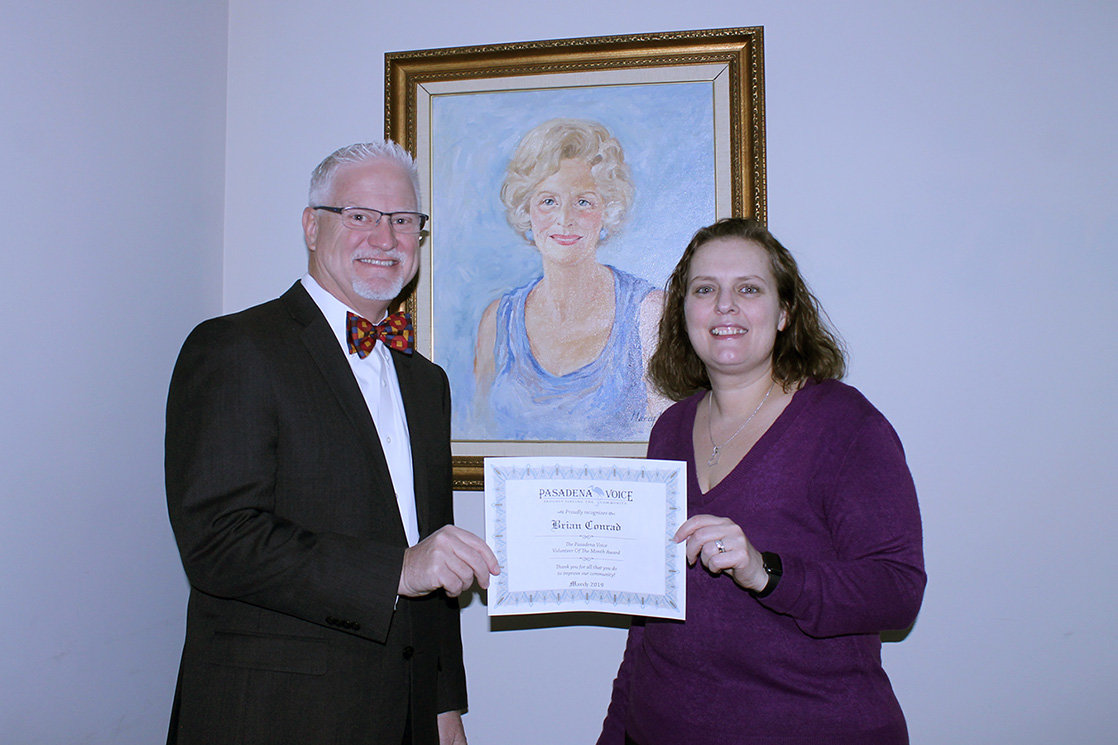 Having moved from Maryland to Washington to Missouri and back to Maryland, Brian Conrad has experienced plenty of lifestyle changes. But one constant has been his passion for volunteering.

After serving in the U.S. Army as a military policeman and becoming a Washington state trooper, Conrad volunteered as a reserve police officer in a St. Louis municipality, coached youth soccer, and worked with a German shepherd as a K-9 search and rescue handler.

While on a mission with Gateway Search Dogs in 2003 or 2004, Conrad and his German shepherd, Simba, were tasked with finding an elderly Alzheimer’s patient who wandered away from her facility near Chesterfield, Missouri.

“We started at her room, Simba got a scent from her bed sheets, and we started the track from there,” Conrad recalled. “Simba was able to determine which exit the person took from the building as well as track her about a mile away where we found the patient laying down, asleep, in the woods. She was returned safely to her facility by local EMS crews.”

A few years after moving to Pasadena in 2010, Conrad joined the Pasadena Business Association. Now serving his second term as vice president on the board of directors, he enjoys helping with events like the annual crab feast and Veterans Day ceremony. He also attends ribbon cuttings, runs board meetings when needed, and offers his advice.

“In my opinion, the PBA is the closest-knit chamber or non-chamber organization,” said Conrad, a financial adviser with Edward Jones. “The members genuinely care about the community.”

Whether he’s wearing parachute pants and a Save Ferris T-shirt for the annual ‘80s-themed scholarship fundraiser or he’s sporting a suit for a ribbon cutting, he enjoys networking with other people.

For seven years, he also enjoyed getting out his motorcycle gear to support AngelRide. The Memorial Day weekend event spanned 135 miles from Norfolk to Mystic, Connecticut, while raising money for the hospital outreach program at Hole in the Wall Gang Camp.

“The ride was focused on the outreach of bringing camps to kids in hospitals,” Conrad said. “The camps let them just be a kid for a day and forget about the terminal disease or other illness they have.”

Conrad was a member of the nearly 30-member moto safety crew, and for his last ride in 2017, he brought his wife, Christine, a fellow rider. “We would escort riders across the state, man intersections, patrol the route and provide first aid,” he explained.

The AngelRide board of directors restructured the event, so the new beneficiary is the Arthur C. Luf Children's Burn Camp for children with life-altering burn injuries. Conrad had hand surgery in 2018 and sold his bike, so the moto crew is no longer an option.

Conrad was also the lead moto crew member for the Face of America Ride from 2016 to 2018 and a moto crew member since 2011. Running from Washington, D.C. to Gettysburg, Pennsylvania, the April event encourages participation by both injured and able-bodied veterans.

While helping events that benefit sick kids and veterans were both gratifying experiences, Conrad is equally grateful that he gets to serve his hometown of Pasadena.

“You get out of it probably 10 times what you put into it,” Conrad said of volunteering. “You make new friends and contacts and you help organizations meet their goals.”

Volunteer of the Month