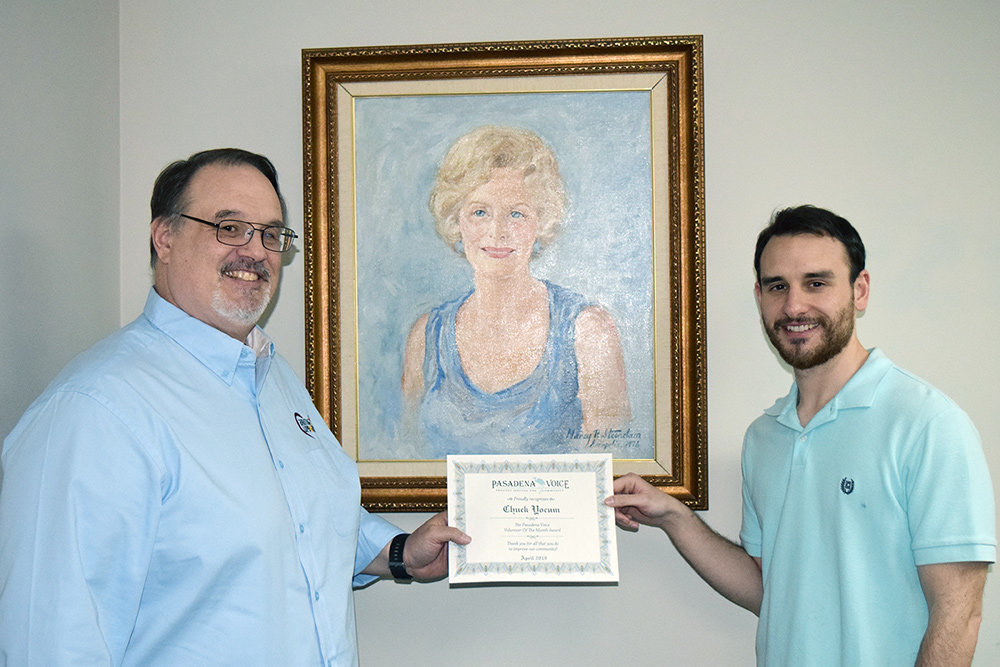 Giving Back Is In Chuck Yocum’s DNA

Growing up, Chuck Yocum’s grandmother asked him daily what he did for someone else that day.

“My grandmother never asked me how my day was,” Yocum said. “It was always about giving back.”

In June 2018, Yocum established Caring Cupboard LLC in Pasadena. The Cupboard, as it is known, provides food to needy families all over the county. In the last 10 months, the Cupboard has been established at six schools and provided food to more than 200 families.

“When I started this, I thought initially this was going to be maybe a couple food drives, and most of the money and everything was going to come out of my pocket,” Yocum said. “I had no idea that it was going to grow like this.”

The first Caring Cupboard was established at Riviera Beach Elementary because it’s Yocum’s community school that all of his children have attended.

Yocum was inspired by the Pantry Plus More: Childhood Food Security in Monongalia County in his home state of West Virginia.

“I stood in line for government cheese, so I understand food insecurity from that aspect as a young kid,” Yocum said.

With Caring Cupboard, Yocum said his goal is to help children come to school ready to learn and help reduce stress in families.

“Kids come to school hungry, and they’re not prepared to study. But the bigger side of that is it’s also a stress for the entire family,” Yocum said. “If we can help alleviate that one little stresser, then we can help prepare the kid.”

Though the community may seem tough on the outside, Yocum said it’s one of the most caring places.

“This is a community that takes care of itself, takes care of each other,” Yocum said. “I’ve held that belief for a very long time, and they have done nothing but surpass and bolster what I believe.”

Outside of the Cupboard, Yocum is on the board of directors for the Civitan Club of Glen Burnie, which works with special needs adults and children. He also volunteers as the secretary for the Pasadena Football Club.

The next Caring Cupboard event will be June 1 outside the Bowie Baysox stadium.

“The Pasadena community, they’ve been so responsive,” Yocum said. “Any time there’s a need, they come through.”

READ MORE ABOUT VOLUNTEERS OF THE MONTH:

Volunteer of the Month

Congratulations To The Best Of Winners