“The Northman” Is A Brutal, Familiar Story 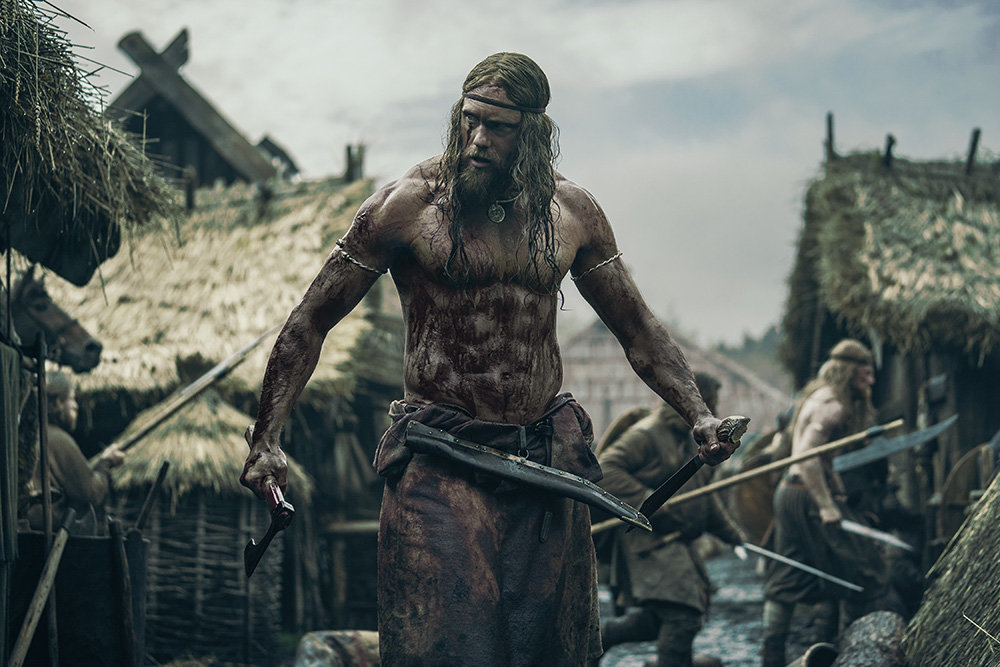 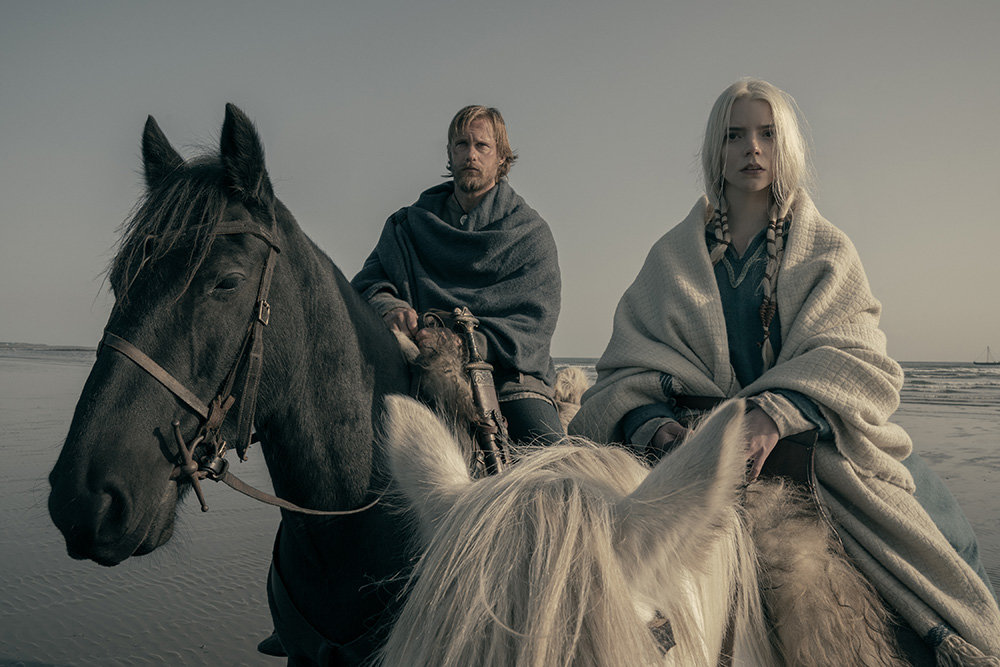 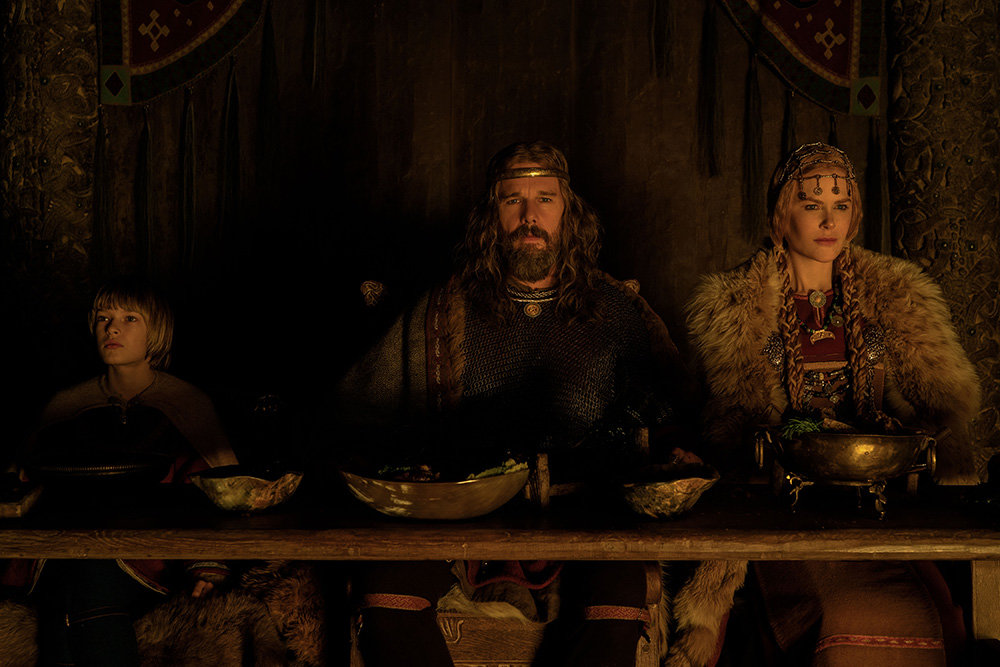 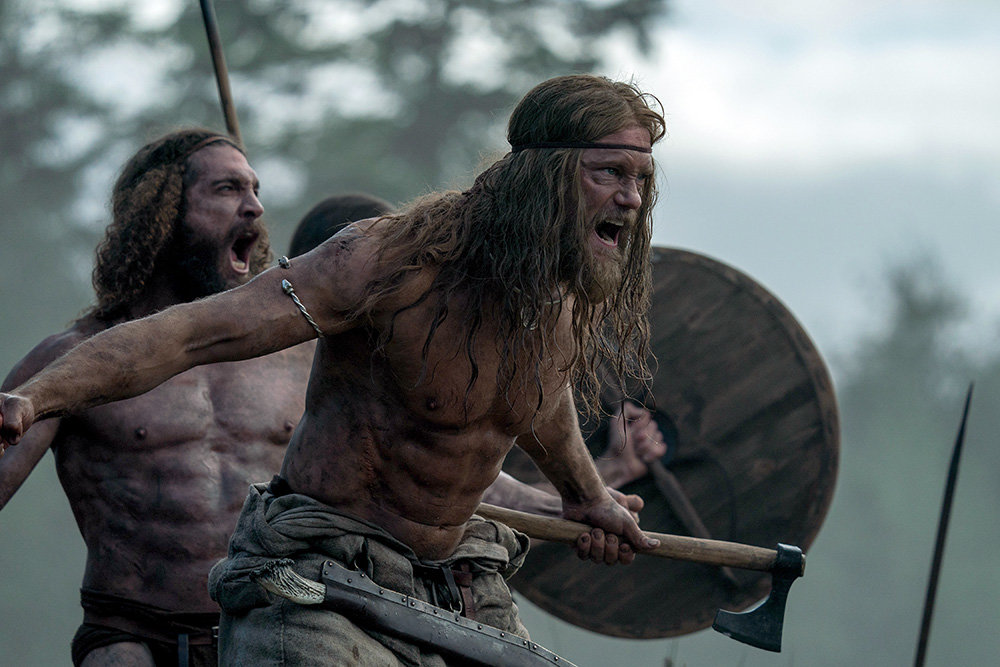 “The Northman” feels like the live action version of a magical myth from eons past. It is an interweaving of ancient religious practice, supernatural dream-like sequences, and surprising commitment to historical accuracy.
Photos courtesy of Focus Features
Previous Next
Posted Thursday, May 12, 2022 4:46 pm
By Audrey Ruppert

After the first 15 minutes of “The Northman,” I thought to myself, “Is this ‘The Lion King’ again?” Which is, of course, just “Hamlet” again. Afterward, I was intrigued to learn that “The Northman” is actually a telling of the Norse myth of Amleth — the story which Hamlet is based on (Shakespeare just moved the H!) — making this the original tale, one we are very familiar with by now.

A young prince (Alexander Skarsgard) witnesses his uncle murder his father and forcibly take his mother (Nicole Kidman) — he runs and vows to return, avenge his father and save his mother. On the way he meets a slave woman (Anya Taylor-Joy) who will bear the future, rightful heirs to the throne.

“The Northman” feels like the live action version of a magical myth from eons past. It is an interweaving of ancient religious practices, supernatural dream-like sequences, and surprising commitment to historical accuracy — a rarity in Hollywood. The story is set in the correct time period for Viking raids, the brutal fighting style of berserkers is true to life, the setting in Iceland would make sense (many exiles from Scandinavia spent time there), the costumes and architecture is in keeping with the time, and director Robert Eggers has a good understanding of the religious rituals of the ancient Norsemen.

The film is a startling reminder of our distant past (it is set in the 900s) when life was positively Hobbesian — nasty, brutish and short. It is gratuitously and uncomfortably violent. Everything and everyone is covered in dirt and blood, all the time — people back then lived in absolute filth. And all of this is set against a backdrop of stunning natural beauty, settings relatively untouched by man or industry. With lifespans so short, nature so beautiful yet unforgiving, and man so powerless, it’s unsurprising our ancestors felt so strongly about the power of gods and the importance of an afterlife.

The real question, though, is did we need this reminder? Humanity has outgrown this. Sure, the echoes remain — “Hamlet” was a modernization of this story and “The Lion King” was a modernization of this story. We still feel strongly about betrayal, family, loyalty and fate, and we can still be horrible to one another, but we have evolved beyond this iteration of ourselves.

This is not a fun film. It is a real slog to watch, just as I imagine life back then was a real slog to live. Long periods of absolute dreariness punctuated by bouts of severe violence, and only very occasional moments of tenderness. There is an egregious amount of testosterone flying around: a lot of braying, shouting, fighting, killing and assault. Women have little importance beyond furthering man’s violent, short-sighted goals, and to nobody’s surprise, this film does not meet the Bechdel test.

And while that was the overwhelming reality of humanity for much of history, is that really something we want to watch for a couple hours? The violence doesn’t even have a payoff the way “Game of Thrones” generally did, with its twists and turns. Generally, we know what is going to happen, and even with the “surprise twist” toward the end (which isn’t much of a twist if you’re familiar with “Hamlet” or other classics about fate like Oedipus Rex) we still basically know what’s going to happen, and we have to suffer through it.

I thought, perhaps, Eggers could have turned the myth on its head, and shown there is something else at humanity’s core that is redeemable. Perhaps Prince Amleth could realize revenge is pointless and choose the other option fate provided him — closeness with the ones he cared for. What kingdom was really left to save after his revenge, and was any kingdom worth what he suffered? Or perhaps, after a poignant speech from Amleth’s mother, I thought the film could make the point that the hero of the story is whoever tells it, and what may seem familiar and just to us can be vile to others. These murderous Norsemen, after seeing a body nailed to a house, remark in horror, “Who did this? It must be those savage Christians. Their god is a corpse who is nailed to a tree!”

We had been rooting for Amleth, but really, what makes him and his paternal line any better than the king who took over? Good and bad can be a matter of perspective. But this was not that story.

This story was, in the end, a savage but breathtaking retelling of an ancient myth, beautifully acted and well costumed — and I suspect, something nobody wants to watch. Its most redeeming feature is a reminder that longing for the “good old days” is foolish, and most Hollywood portrayals of the past are romanticizations — as troubled as the modern world is, we should be very glad we live in it.

Jump Into “The Sandlot”